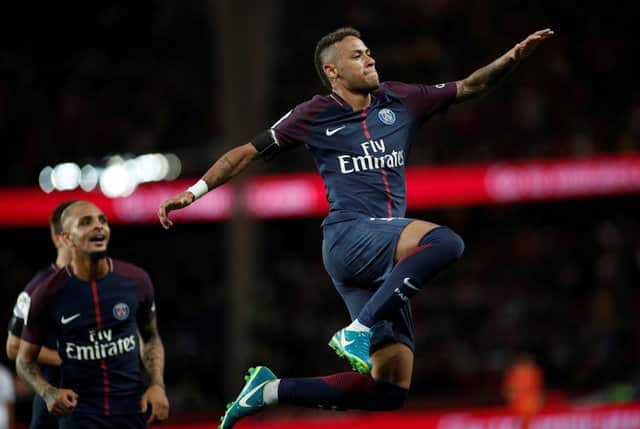 The world transfer record was shattered this month when Brazil's Neymar moved from Barcelona to Paris St Germain in a deal worth 222 million euros, more than double the previous highest price paid for a player

The huge increase in football transfer fees is both dangerous for the game and risks alienating fans, Bayern Munich president Uli Hoeness said on Wednesday.

The world transfer record was shattered this month when Brazil’s Neymar moved from Barcelona to Paris St Germain in a deal worth 222 million euros, more than double the previous highest price paid for a player.

The staggering spending did not stop there, however, and Ousmane Dembele then joined Barca from Borussia Dortmund last week, with the Frenchman’s move costing up to 150 million euros, including bonuses, the second highest deal in football history.

Monaco forward Kylian Mbappe has also been linked in the media with a move to PSG in a deal reported to be worth 180 million euros.

“In my opinion there is no player in the world worth 100 million euros,” Hoeness told SportBild magazine.

“I do not want to buy a player for 100 million euros even if I had the money. That would be too much of a waste of money,” said Hoeness, who reclaimed the Bayern presidency last year after serving a prison term for tax evasion.

The Bavarians, five-time European champions, are among the richest soccer clubs in the world with an annual turnover of more than half a billion euros and a fixed deposit account bulging with almost 200 million euros.

“We have reached a point where we have to be damned careful. Because there is a point where maybe the fan has had enough,” he added.

“In all honesty, it is time to go back to proportionality. For a long time there was fear of agents, of players etc. Now we have to say ‘enough is enough’.”

Bayern broke their own club transfer record this summer when they signed 23-year-old Frenchman Corentin Tolisso for 41.5 million euros.

The club’s CEO Karl-Heinz Rummenigge has also criticised inflated transfer fees, saying he would prefer a stadium to signing Neymar for the amount PSG paid for him.

German national team manager Oliver Bierhoff said big transfers were always part of the game and will continue to be, adding the Neymar transfer triggered Dembele’s move to Spain and brought 150 million euros in revenues for a German club.

“This attack on commerce is a bit too simple. It has to be more differentiated. (Bayern Munich’s) Allianz Arena was created through commerce and has been sold out since the start.

“I don’t know if it is bad. It needs a more differentiated view.”

Those with rare disorders seek place in health sector reform