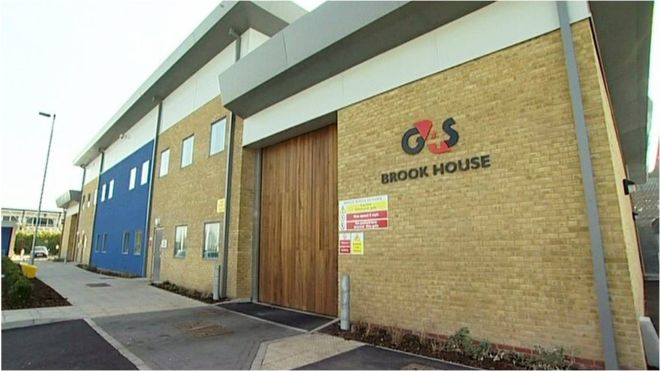 British outsourcer G4S has suspended nine members of staff at an immigration removal centre while it investigates a BBC report alleging abuse in the treatment of migrants, the company said on Friday.

“We have received written allegations of abhorrent conduct at Brook House and on that basis we have deemed it serious enough to suspend the staff involved,” a spokeswoman for G4S said. She said the company had not yet seen footage of the alleged incidents, however.

BBC Panorama, a flagship documentary programme, said on its website that an investigation revealed “chaos, incompetence and abuse” in the treatment of migrants in a programme which will be aired next week.

The incident has been reported to the police, the spokeswoman said. Officers were not immediately able to comment.

“The kind of behaviour alleged is completely unacceptable, and does a great disservice to the vast majority of staff who do a great job in very difficult circumstances,” the spokeswoman said.

The issue highlights the difficulty of running sensitive services for the government and the potential reputational damage for outsourcing companies.

Earlier this year an investigation at the G4S-run Medway Secure Training Centre resulted in allegations of abuse and mistreatment of youngsters. The centre is now run by the government’s National Offender Management Service.

Brook House, near Gatwick Airport, is staffed by more than 200 employees and has around 500 occupants. More than 14,000 people passed through it in the last year.

The unit houses a mix of those who have not fulfilled their visa requirements and criminals who are being deported.

Britain ‘cannot be blackmailed by EU over exit bill’