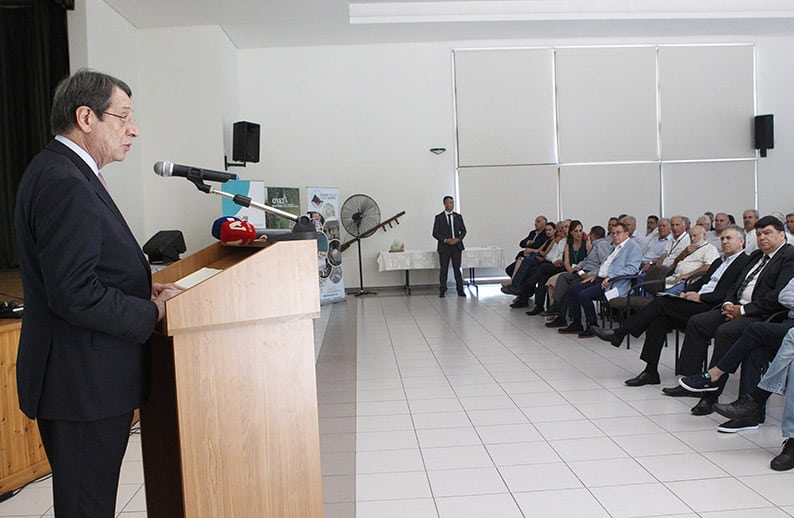 PRESIDENT Nicos Anastasiades said Saturday there was no connection between next year’s presidential elections and efforts to reunify the island, as he reiterated his readiness to return to negotiations at a moment’s notice but the Turkish side was unwilling to do so.

Anastasiades said the Turkish side had recently made “unacceptable” statements regarding the future but he was not prepared to engage in a blame game with the other side.

“We are not, linking the presidential elections with the procedure to resolve the Cyprus problem, not in the slightest,” the president said on the side lines of a visit to Troodos mountain. “I have already made it known that I am prepared to return to the negotiating table at any moment, provided certain conditions that the UN Secretary General himself refers to in the proposal outline, are met.”

Talks between the two sides in Switzerland broke down acrimoniously early in July without any sight of resumption. Turkish Cypriot leader Mustafa Akinci accused Anastasiades of being more interested in next year’s elections than resolving the island’s division.

On Saturday, Anastasiades said it wasn’t right for Akinci to accuse the side whose properties he held by force and whose rights he violated, that it must accept any Turkish Cypriot demand with preferential treatment not found in any other constitution in the world.

The president said resumption of the talks was not up to the Greek Cypriot side.

“It appears there is an unwillingness from the Turkish and Turkish Cypriot leaderships since they are talking outside the UN parameters and the usual about the supposed need to live side by side, etc.”