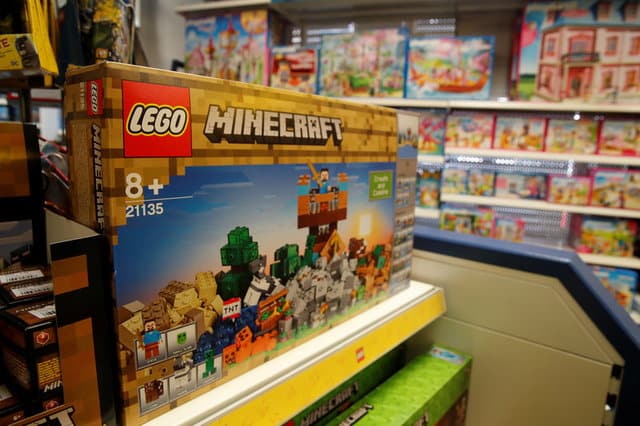 Lego said it would lay off 8 percent of its staff and revamp its business after reporting its first fall in sales in more than a decade on Tuesday.

The Danish toymaker announced a 5-percent decline in mid-year revenue a month after abruptly removing its chief executive, suggesting it is facing its biggest test since flirting with bankruptcy in the early 2000s.

Lego said it could not promise a return to growth in the next two years, a jolting acknowledgement for a group widely admired for embracing the digital era and tying up lucrative franchises from Harry Potter to Minecraft.

“We have now pressed the reset-button for the entire group,” executive chairman Jorgen Vig Knudstorp said, acknowledging the business had grown too complicated.

He would seek a return to a leaner and more efficient organisation to respond to “losing momentum … which we think could ultimately lead to stagnation or even decline.”

Lego said revenues had disappointed in its core markets of the United States and Europe, after a decade of double-digit growth and launches spanning Lego sets, video games, movie franchises, robotics and smartphone applications.

Sales related to its Star Wars line declined slightly in the first half of the year, the company said.

It marked a sharp reversal for a company that managed to expand and respond to rising demand in Asia when Knudstorp was CEO, even as the global toy market shrank after the 2008 financial crisis.

Knudstorp, took the top job aged 35 in 2004, a year after Lego flirted with bankruptcy, and set about reviving Lego’s core business. That included firing consultants and hiring new designers to come up with higher-margin products that were up to date but still looked like Lego, an abbreviation of the Danish “leg godt”, meaning “play well”.

Bali Padda took over as chief executive in January, but the Briton was removed just eight months later and replaced by Danish industrialist Niels B. Christiansen.

“I am very much accountable for the situation and for the results we’re sharing today,” Knudstorp said.

Lego said it would cut approximately 1,400 positions – including up to 600 at its headquarter in Billund, Denmark – the majority of them before the end of 2017. The company currently employs 18,200 people.

“We’ve been through a decade of very high growth and during those years we have invested a great deal,” Knudstorp said, noting that the company added more than 7,000 new positions between 2012 and 2016.

“We have now realized that we have built an increasingly complex organisation to a degree that makes it difficult for us to realise our growth potential,” he added.

“What we have unfortunately recently seen is that despite the continued high level of investment, these have not materialised into a good harvest.”

The unlisted company said in March that mid-single-digit growth rates were more realistic for the years to come, but revised those expectations downward on Tuesday.

“We are not saying specifically whether we will grow the next two years or not,” Knudstorp said.