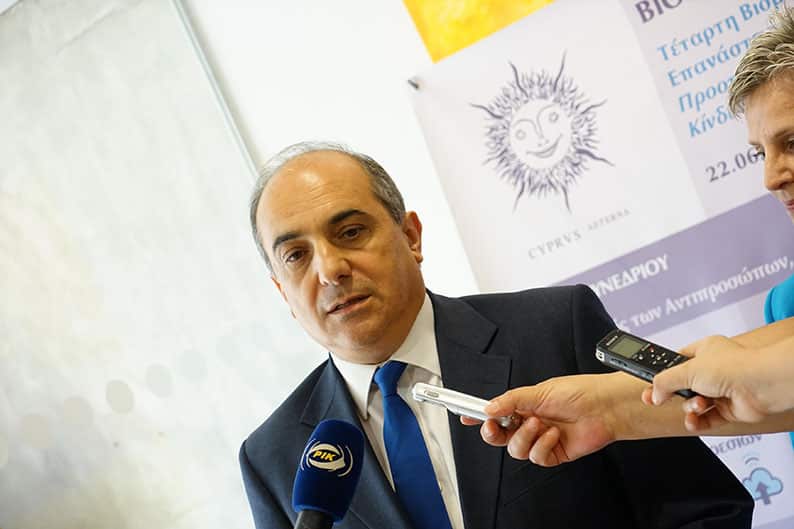 A Greek MEP censured House president Demetris Syllouris for inviting members of neo-Nazi party Golden Dawn to a dinner he was hosting for Cypriot and Greek members of the European parliament.

In a letter responding to Syllouris’ invitation, Greek ruling party Syriza MEP Stelios Kouloglou declined because two Golden Dawn MEPs had also been invited, apparently breaking with the established practice of past years.

“I don’t know if you know that the neo-Nazi formation is on trial in Greece, charged with being a criminal organisation after the murder of (rapper) Pavlos Fyssas and the murderous attacks against Greek citizens and migrants,” Koulouglou said in his letter.

“It is however, impressive, that the president of the Cypriot parliament invites MPs from the party of the people who longed for the April (1967) dictatorship, which is responsible for the treachery in Cyprus and its occupation by Turkish troops,” he added.

Golden Dawn has two MEPs out of Greece’s 21.

Golden Dawn was put on trial following the stabbing murder of outspoken songwriter and singer in the Piraeus suburb of Keratsini on September 18, by a self-confessed member of Golden Dawn.

The party is accused of being a criminal organisation structured along a strict hierarchy that determines its members’ actions.

At issue are Fyssas’ murder, but also attacks on members of a Communist-affiliated union as well as on migrant workers and individuals opposed to the party.

France plans to end oil and gas production by 2040