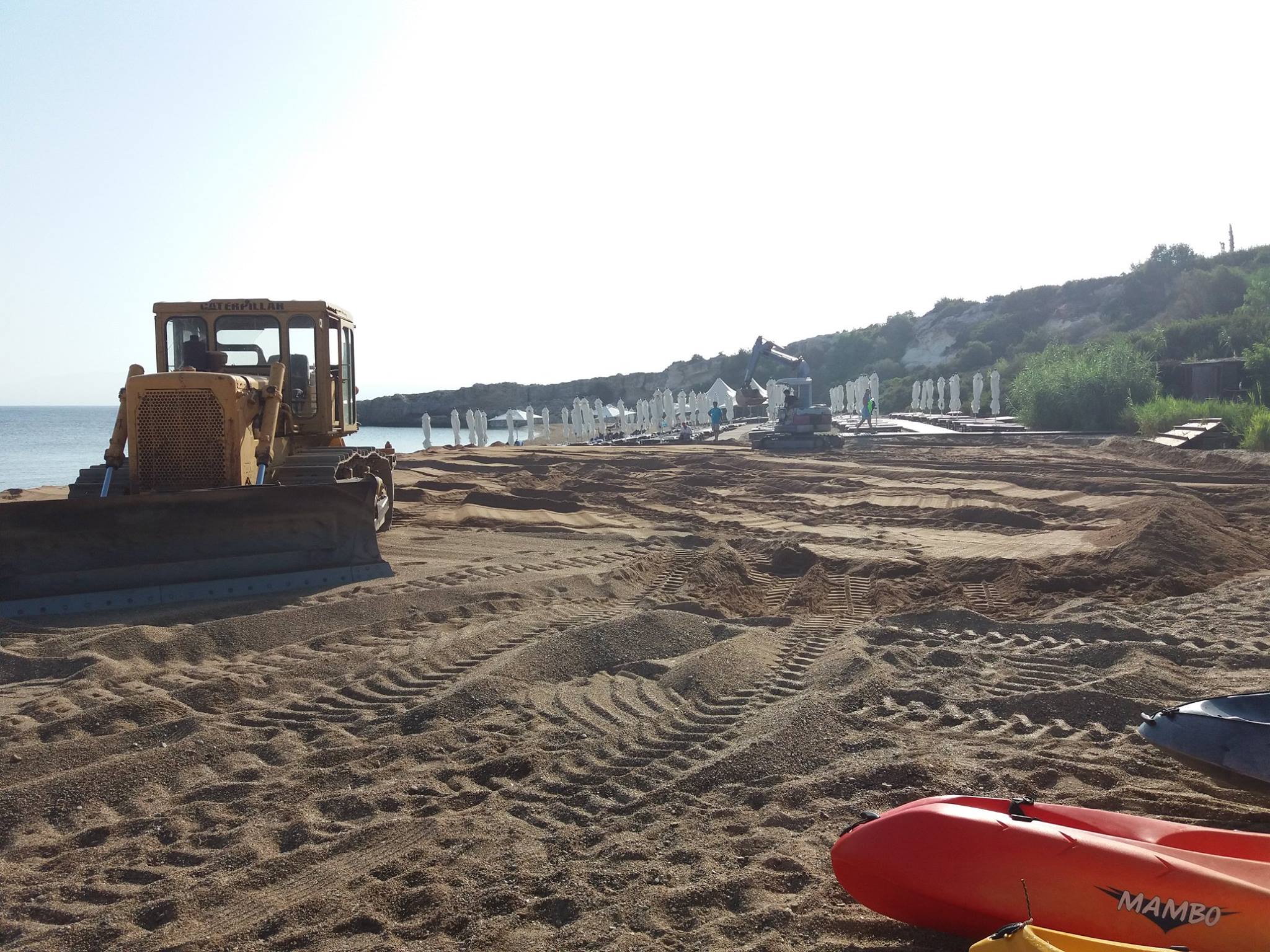 No damage to any turtles or the environment was caused by the setting up of a stage on the Anassa hotel’s Asprokremmos beach in Akamas, Paphos, earlier this week, the agriculture ministry announced on Friday.

In a statement, the ministry said that a joint team from the environment, fisheries, and forestry departments carried out on-site inspections during the dismantling of the stage, which had been set up for the three-day wedding party of a Russian millionaire.

“Any changes caused by the use of machinery on the beach were restored following today’s work manually under the supervision of the departments and the [Paphos] district officer,” the statement said.

According to the ministry, inspections showed that no turtle nests existed under the stage, and that other nests nearby were unaffected by work to set up the stage.

It was also found that no additional sand, soil, or other material was brought to the beach at any point.

“The ministry’s departments will continue to monitor the situation to safeguard the sea-turtles’ nesting sites,” the statement said.

Pictures of bulldozers on the beach near turtle nests in the Natura-designated area earlier this week sparked public outcry on social media.

The hotel replied that no damage to the environment or any turtles had been or would be caused, and that it had secured a permit from the Paphos district officer for the event, but this was promptly rescinded.

After some confusion over which government agency was really in charge of authorizing or denying the event, it was clarified that the beach was designated a national forest, and thus it fell under the authority of the Forestry department.

However, due to the presence of sea-turtles and the Natura designation, even the forestry department would have required the sign-off of the fisheries and environment departments before making any decision.

This red tape was identified as the root cause of the affair by the Commercial and Technical Chamber.

In a statement, the chamber said that the issue of which department is responsible for what must be resolved immediately.

“This instance is a monument of shoddiness, miscommunication, and inability to apply the law by authorities tasked with environmental protection, even in areas of extreme environmental sensitivity,” the chamber said.

It asked why the district commissioner, who issued a permit for use of the beach in the first place, did not order the monitoring of any work done at the site, since it was a known nesting beach of endangered turtles.

The chamber added that for many years it has asked the state to treat the environment as a national treasure and expressed deep concern over its failure and shortcomings.

While recognizing the revocation of the permit and the ending of work on the beach, the chamber insisted that the state must apply the law and assign responsibility for the incident wherever appropriate.

The first time we will meet the blues

Greek Cypriot passes away without ECHR judgment being implemented