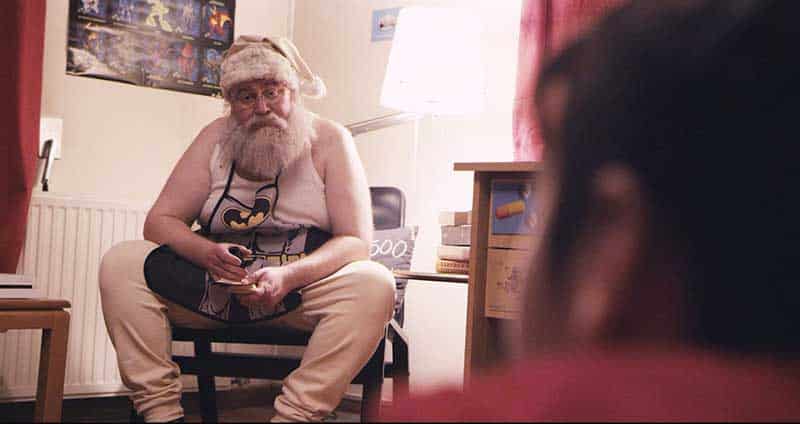 The International Short Film Festival is now in its seventh edition and organisers are preparing to showcase a wide spectrum of global shorts in an event of “cross-genre, varied programming.” From fiction to documentary, experimental to animated, almost every genre of film – short film, that is – is featured in a programme which sees “some of the most important cinematic gems of the international scene alongside the most recent films by Cypriot filmmakers.”

Running from October 14 to 21 and taking place at the Rialto Theatre in Limassol, the event will include a wide selection of short films in competition for the festival’s National and International awards (adjudicated by a panel of world-renowned film professionals), along with masterclasses, meetings for professional filmmakers, thematic and site-specific screenings around the city of Limassol. And while the judges will no doubt have their work cut out for them dashing from one screening to the next, we, the movie-going public, can look forward to less intense, more relaxed viewing. Especially when it comes to the highlight of the week because, despite this being billed as an ‘international’ festival, it’s the films by local directors which oft draw the biggest crowds…

Last year saw the first prize in the Best National Film category go to Semele by Myrsini Aristeidou, for its “human value and cinematic language that reflect the relationship between a girl seeking for her father’s tenderness and a father totally haunted by his economic problems at a time where lifetime conditions change our behaviour and priorities.” Second prize in this category went to Mad Dogs – “a simple yet strong everyday story, with a deep psychological basis narrated in an impressive way” – by Danae Papaioannou, while Minoas Papas was awarded Best Director for Tango on the Balcony for his “masterful composition used in building an imaginary world that derives from the traumatic experience of the main character.” This year, the 11 national entries range in subject matter from the local to the foreign, with a good dose of existentialism, and the odd twist in the tale along the way…

Starting things off on a local bent, Marinos Panayiotou’s The Daughters describes the “fluidity of the family concept” through the relationship between an elderly woman from a small village in the Paphos province and her Nepalese home help. Just as national, but perhaps not quite as local, Michael Hapeshis’ The Insignificant Life of Helen Pavli deals with “the life of Greek Cypriot migrants in London, the daily struggle to keep the simple balance in everyday life” in a grim future, while director Marianna Christofides takes us a little further afield with Black Mountain – a film which accompanies a fisherman on the Adriatic coast – “one of the last in the region employing an outmoded method of fishing that is characterised by hard labour and little to no return.”

Catch by Giorgos Evangelou and When the Wind Blows by Daphne Miltiadou both take a look at what it means to truly let go, while Lisa Amalia Michael’s Birthday and Andreas Sheittanis’ Fish Bowl have a touch of the existential to their storylines. Quite a number of directors have chosen unexpected twists on which to hang their plots: Happy Valentine’s by Pantelis Hapeshis sees a man in the throes of Valentine’s preparations disturbed by “weird noises from the cellar”; Elmos K Neocleous’ Caffè Cerutti reveals a coffee catch-up between two old friends which goes awry when “the interior decoration begins to cause strange reactions”; Natas by Harry Ayiotis features “a dyslexic teenager who attempts to summon Satan to cure him of his disability”; and Andreas Kyriakou’s Red Nose takes a look at “a Palestinian immigrant in Europe who has an unexpected visit from a mysterious woman…” Which just leaves us with Constantinos Sophocleous’ Enslaved, a non-competition film which charts the “unfortunate sequence of events that occur to an unsuspecting young girl in her process to escape prostitution.”

While the many entrants in the international section are currently being whittled down to the best of the best, it’s these national films which will probably be of most interest to local audiences. So take a look at the website for the full write-up and programme, and prepare to enjoy this selection of wonderful (short!) subject matter!

October 14 to 21 at the Rialto Theatre in Limassol. The programme starts at 8.30 each evening, and entrance is free. All films are screened in their original dialogue with Greek and English subtitles. For more information (including the full programme and bookings) visit www.isffc.com.cy, email [email protected] or call the theatre on 77777745