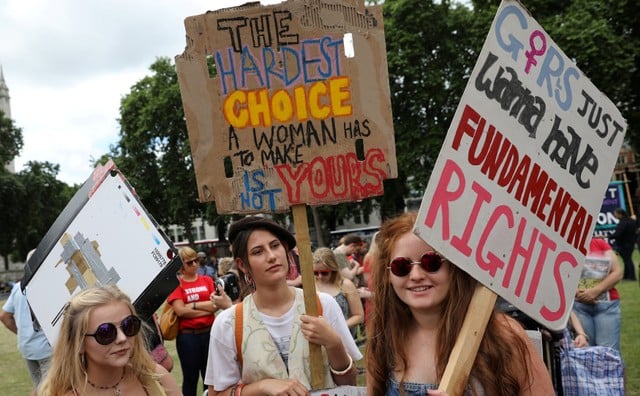 An attempt to change the law in Northern Ireland to allow abortions in cases of rape, incest or serious malformation of the foetus reaches the UK Supreme Court on Tuesday after years of legal wrangling.

A socially conservative province where the Catholic and Protestant faiths still exert strong influence, Northern Ireland allows abortion only when a mother’s life is in danger.

The Northern Ireland Human Rights Commission, an independent body, has been arguing since 2013 that the law should be changed because it violates the rights of women and girls under the European Convention on Human Rights.

After failing to convince the province’s Department of Justice to initiate a reform, the Human Rights Commission launched legal action against it in December 2014 and the case has been working its way through the courts ever since.

A panel of seven Supreme Court judges in London will hear arguments for and against the proposed changes during a three-day hearing. They will give their judgment at a later date.

As well as the parties in the case, the court will hear from organisations that support the changes, such as Humanists UK, Amnesty International and a United Nations working group on discrimination against women.

It will also hear from groups who oppose any reform, such as the Society for the Protection of Unborn Children and Catholic bishops from the province.

Abortion laws are far less restrictive in the rest of the United Kingdom, and hundreds of Northern Irish women travel to England every year to have unwanted pregnancies terminated.

“It is simply outrageous that even in the extreme circumstances this case deals with, women in Northern Ireland still are not able to access legal and safe abortions,” said Andrew Copson, chief executive of Humanists UK.

“With the lack of any political will in Northern Ireland to sort this matter out, it is right that the Northern Ireland Human Rights Commission has taken the subject to the courts, to ensure that every woman’s autonomy and dignity are respected, and human rights are upheld.”

The Society for the Protection of Unborn Children described the Human Rights Commission’s legal action as a “crusade against disabled babies”.

“The Commission is waging a legal battle to overturn laws in Northern Ireland which protect unborn children from being aborted simply because they have a disability,” said Liam Gibson, Northern Ireland development officer at the society.