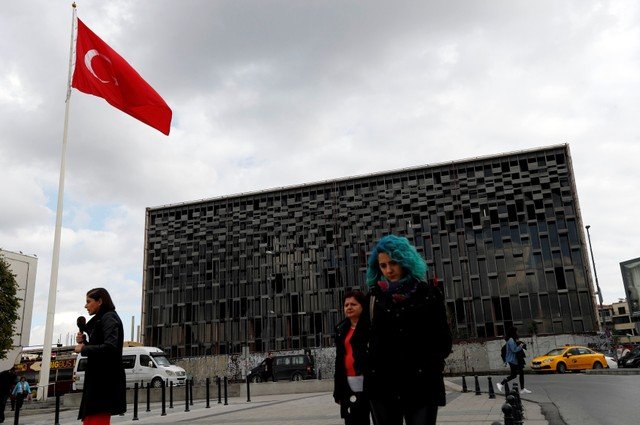 President Tayyip Erdogan announced on Monday plans to demolish a culture centre in Istanbul named after the founder of modern secular Turkey, in a move critics see as another attempt by the Islamist-rooted ruling party to roll back secularism.

It marks Erdogan’s second attempt to tear down the Ataturk Culture Centre (AKM), named after Mustafa Kemal Ataturk, after a previous plan to develop the site near Taksim Square in 2013 erupted into mass protests against Turkey’s ruling AK Party.

The project envisages building an opera house, theatre hall, a conference centre and cinema on the site, near Gezi Park, the epicentre of the 2013 protests. Four years ago Erdogan had wanted to build a replica Ottoman baracks at the site.

“Today Turkey is starting something it should have done 10 years ago,” Erdogan said at a ceremony where he announced the project. He said the new building would be a “new and bigger” opera house, referring to it as “the New AKM Project”.

Erdogan, who served as mayor of Istanbul in the 1990s, has long argued for the need to replace the AKM, saying the building is not resistant to earthquakes. The AKM has been closed to the public for the past 10 years over disagreements regarding its renovation and infrastructure.

Opponents, however, see the planned demolition as further proof that Erdogan, a pious Muslim, and his AK Party want to reverse the secular order established by Ataturk in the 1920s and to reduce the use of the state founder’s name and image in public life.

Turkey’s chamber of architects said in a statement on Friday that demolishing the AKM was “a crime” and a violation of the constitution.

“The countless warnings and criminal complaints we have filed to public offices over the years have not been processed and the law has been disregarded, the AKM has been intentionally abandoned to demolition,” the chamber said.

“We are warning once again: For years, there have been willing crimes committed against history, culture, arts, society and the people in front of the eyes of the world,” it said, without elaborating.

The new project, whose cost has not been disclosed, will increase the capacity of the building from 1,300 people to 2,500 people, the presidency said in a statement.

Separately, Erdogan said the project would also pave the way to pedestrianising Taksim Square, one of the busiest hubs in Istanbul.

President’s meeting with Macron focuses on defence and energy