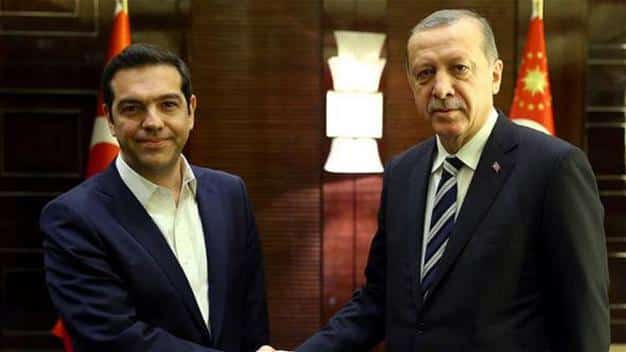 By Renee Maltezou and Orhan Coskun

Turkish President Tayip Erdogan will make a historic visit to Greece this week, a sign that relations between the two countries are improving, although a long list of grievances remains on both sides.

Erdogan visited Greece as prime minister, in 2004 and 2010, but he will be the first Turkish head of state to visit Athens since Celal Bayar in 1952. He is also scheduled to visit Thrace in northern Greece, home to a large Muslim community.

Greece and Turkey came to the brink of war as recently as 1996, but tensions have eased since. The two now cooperate in a deal brokered between Ankara and the European Union on stemming mass migration to Europe through Greece.

Turkey’s ties with some other European Union governments are strained, however, so Erdogan’s visit on Dec. 7-8 will be important for Athens. It will help to ensure that communication continues over the migrant crisis and other bilateral issues.

“Issues that concern the two countries will be on the agenda of talks – tensions in the Aegean Sea, the refugee crisis, economic relations with a focus on energy, trade and transport,” Greek government spokesman Dimitris Tzanakopoulos said.

“What we anticipate is a substantive upgrade of our relationship with Turkey … We expect very constructive talks.”

In Turkey, a government official said: “This will be a visit from which we expect solution to problems. I think Erdogan and (Greek Prime Minister Alexis) Tsipras will show a common will for the solution of some of the problems.”

At odds over everything from uninhabited islets, airspace and the boundaries of Greece’s continental shelf to the ethnically divided island of Cyprus, differences between the two countries have outlived the Cold War.

None of those issues has ever been resolved. The fallout of a failed coup attempt against Erdogan in 2016 has also tested their relations; while the coup unfolded, eight Turkish commandos flew into Greece to evade capture.

The Turkish government regards them as coup plotters and wants Athens to hand them over. Greek courts have blocked their extradition.

The senior Turkish official said terror groups were crossing into Greece from Turkey.

“The prevention of this is critical for Turkey,” the official said. “Erdogan will ask for the extradition of these people, starting with the ones that fled there with a helicopter following the coup attempt.”

Greek police last week arrested nine suspected members of DHKP-C, a militant Marxist group which has claimed responsibility for attacks in Turkey since 1990, including suicide bombings.

Thursday’s visit takes place months after Cyprus peace talks broke down in July. The talks are led by the two Cypriot communities, but Greece and Turkey need to agree to future security arrangements for the island.

“When the talks broke up there was a lot of ill feeling, so I was a bit surprised to hear about this visit. Positively surprised,” said James Ker-Lindsay, professor of politics and policy at St. Mary’s University in London.

Cyprus remains divided between Greek and Turkish Cypriot communities living on either side of a UN-monitored ceasefire line. It’s unclear whether peace talks between them will resume. Greek Cypriot presidential elections are scheduled for January 2018, and nothing will happen before then.

“I think that in terms of the symbolism of Erdogan in Athens, its a good sign. Whether we are going to get anything out of it, I’m not sure. I don’t want to overplay it too much,” Ker-Lindsay told Reuters.