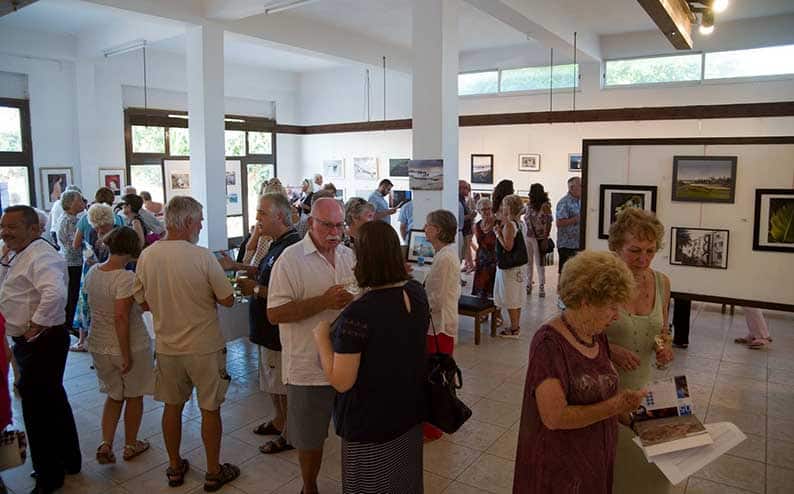 ORGANISERS of an upcoming art exhibition that will tour the island are appealing for all professional artists to donate a signature piece of their work to help raise money for the biggest cancer patients’ charity.

Building on last year’s success which raised €10,000 through both an art and photographic exhibition held in Paphos, organiser and curator Sarah Coyne told the Cyprus Mail that she is taking the exhibition on tour this year

“We will open in Paphos at the Almyra Hotel on February 17 where it will stay for two weeks, to be followed by a week in Limassol and another in Nicosia,” she said.

Coyne said that along with art work, sponsors are also urgently needed with each contribution being tax deductible for companies.

The Paphos resident moved from the UK to the island ten years ago and operates an estate agency, a job she also did in the UK, where she also worked at an art gallery in London.

Following her mother’s cancer diagnosis in the UK, Coyne said that she experienced first-hand what cancer patients and their families endure and decided to volunteer at Pasykaf’s cancer patients support group in Paphos.

The aim of the exhibition is to let people buy some stunning works of art all from one exhibition and to raise money for Pasykaf.

“This year we will exhibit works by 60 artists, up from last year’s 25,” she said. Exhibits will include paintings, mosaic work, sculptures and other mediums.

Coyne has joined forces with a number of galleries and art professionals across Cyprus, who are currently working with her as advisors and helping to raise the profile of the venture.

The 2018 exhibition in will incur no costs, with the money raised going to the charity, she said. Venues have been donated for free, artists are donating works, Tsangarides, Tsiakkas and Vassiliades wineries are offering wine for the exhibition openings and expert removal company, Peter Morton will transport the art works between venues for free.