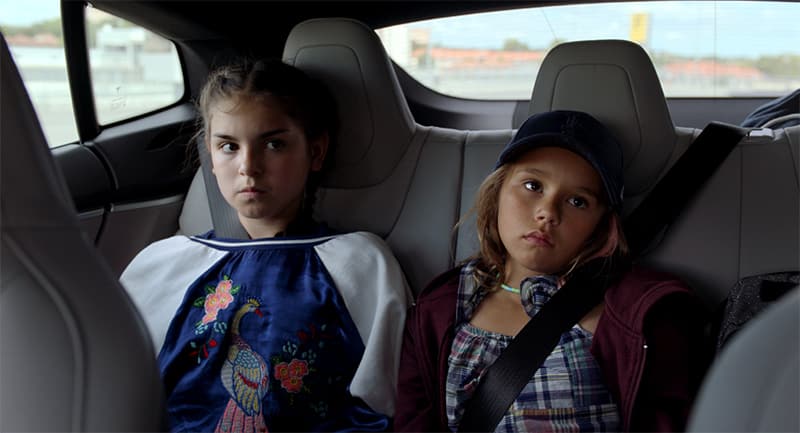 Christian (Claes Bang) attempts to give a speech – having carefully rehearsed it to make it look ‘spontaneous’ – but is interrupted by an old man who can’t seem to turn off his mobile phone. He tries to have a business meeting, but one of the others has brought his baby to the meeting (we’re in Sweden, after all) and they keep getting distracted. An artist tries to talk about his art in a Q&A – but a man in the audience is disruptive, shouting out obscenities, and there’s no way to make him leave because he has Tourette’s and it wouldn’t be right to escort him out. We’re in Sweden, after all.

Other people are consistently annoying in The Square, winner of the Golden Palm at Cannes and a patchy-but-provocative comedy about modern society. The film (which opens at the Pantheon on Thursday) comes to its subject through the prism of art, Christian being the head of a contemporary-art museum and the titular ‘Square’ being an artwork that professes to offer “a sanctuary, a zone of trust and care”. If you’re in the Square and ask for help, others have to help you – unlike in real life, where cries for help tend to be met with bemusement. Only once, early on, does Christian respond, helping a woman in the street against her abusive boyfriend – but in fact it’s a scam, our hero discovering that his pocket has been picked while he was playing good Samaritan.

The director is Ruben Ostlund, a snarky satirist who likes to expose the lies we tell ourselves in polite society. In Play (2011), criticised as racist in some quarters, a group of (white) middle-class kids are bullied by a group of (black) working-class kids, the rich kids doing their best to remain amiable – acting out the lie of social togetherness – even though it’s clear the others mean to rob them. In The Square, the lie being told is that human beings trust one another – whereas in fact, not only are other people annoying but they’re dangerous too. Every encounter seems to be tinged with suspicion, even when Christian sleeps with a reporter named Anne (Elisabeth Moss). Their lovemaking is already fraught, interrupted by what seems to be a pet chimp – but then she asks for his used condom, to throw it away, and he grows irrationally protective, refusing to give it up. The whole thing is silly (is she really going to save his sperm and impregnate herself with it?) yet weirdly plausible; you don’t know what people are capable of.

The chimp anticipates the film’s greatest scene and obvious highlight, a set-piece reminiscent of fellow Swede Roy Andersson (who gets thanked in the final credits): a belligerent ‘monkey man’ who appears as performance art at a gala dinner but takes it too far, terrorising the guests. It’s a brilliant sequence, making the film’s thesis clear – viz. that, despite all our manners, we remain just a step away from frightened herd animals, hunkering down when faced by a predator. That said, the scene should’ve ended a couple of minutes before it does – with the VIPs reverting to jungle type, sitting very still in hope that the beast will choose someone else – which is a problem with The Square as a whole. It’s too long, and too bitty. A woman collects for some charity, asking passers-by “Do you want to save a human life?”. A cheerleading coach advises one girl to think of the team, “don’t waste energy on yourself”. Homeless people lurk in the background. All these details relate to the same theme, viz. the war between self and society, but they don’t really spark off each other (compare Michael Haneke’s similar but superior Code Unknown). The film needed more control, or just better punchlines.

Bang helps, looking like a Swedish Pierce Brosnan. Christian means well but he’s complacent, stuck in a modern-art world that’s become a sham. One artwork is just piles of dirt in a room, with a logo reading ‘You Have Nothing’; at one point, a cleaner accidentally sweeps up one of the piles – so Christian surreptitiously grabs some dirt and makes a new pile, implicitly admitting that ‘art’ means nothing in itself, all that matters is the space where it can be exhibited and labelled as art. Our shield of culture is as paper-thin as our carapace of civilisation – and the spectre of chaos looms large, hence the pile of chairs that seems poised to topple over in the background when Christian talks to Anne, or the angry kid who confronts our hero near the end of the movie, threatening to bring “chaos” to his life if he doesn’t apologise. The Square has its faults, but it works as a mordant satire of society running on empty. Why are people always so annoying, anyway?

Mostly in Swedish, with Greek subtitles

May slaps down foreign minister over health funds