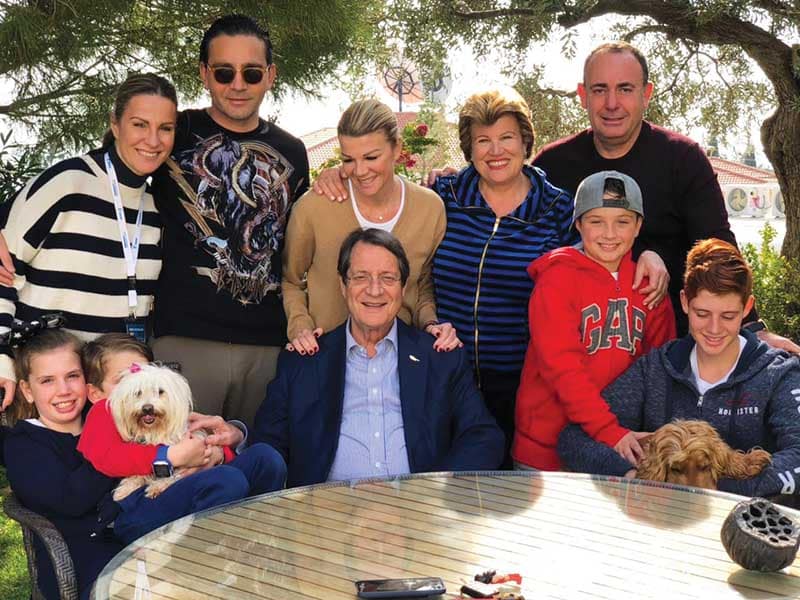 As Cypriots go to the polls for the presidential runoff today it is the first time that political parties representing around 25 per cent of the electorate have opted to remain on the sidelines and not seek to capitalise from any alliances with the two candidates.

Nicolas Papadopoulos, the big loser, had sought to turn the election into a referendum, wrongly expecting voters would endorse his “new strategy” for the Cyprus problem.

He ended up coming in third, around five per cent behind Malas, in what some saw as a win for the current format of reunification talks, as both Malas and Anastasiades backed them.

Together the two second-round opponents secured close to 66 per cent of the vote against around 33 per cent won by the other three candidates, all opponents of a bizonal, bicommunal federation.

Beyond the possible damage inflicted to Papadopoulos’ bid by far-right Elam candidate Christos Christou and Citizens’ Alliances’ Giorgos Lillikas, the Diko chairman also failed to garner the full support of the four parties behind him; his own party, socialist Edek, the Greens, and the Solidarity Movement.

The four parties that supported Papadopoulos in the first round said they would lend their backing to none of the two remaining contenders, citing unbridgeable approaches on the Cyprus problem, the economy and internal governance.

Diko, Edek and the Greens urged their supporters to vote according to their conscience. The Solidarity Movement asked its backers not to abstain and to “definitely exercise their right to vote by not voting any of the two candidates”, in effect, calling on them to cast a blank vote.

Lillikas and Elam too left the decision up to people.

No major surprises were seen in the first round of the election apart perhaps from Malas’ overall percentage and Anastasiades’ apparently lower-than-expected approval rating of 35.5 per cent.

But analysts expect that some two to three per cent of Malas’ voters in the first round would back Anastasiades in the second after having voted ‘strategically’ to ensure Papadopoulos, who was considered a tougher opponent, was left out.

Rumours claimed the strategic vote had been organised but observers disagree, categorising those who acted in that way in two groups; Diko supporters who dislike Papadopoulos and voted against him and Disy voters who acted of their own volition.

The issue will be settled after the runoff though predictions could be risky considering that presidential elections are a different animal.

It also remains to be seen whether the abstention rate, which reached 28.12 per cent last Sunday, considerably higher than in 2013, would be lower or higher in the runoff.

Abstention rose most in Limassol at 29.62 per cent compared with 16.96 per cent in 2013. Nicosia was second with 27.77 per cent against 17.55 per cent in the previous presidential elections.

Malas won the overseas vote last Sunday, coming in at 40.81 per cent, well ahead Anastasiades’ 31.78 per cent.

Anastasiades however, won four of the five districts, losing only Paphos, to Papadopoulos.

Even so, Papadopoulos failed to secure all the votes that went to the parties supporting him in the parliamentary elections in 2016, with some 4.5 per cent going elsewhere.

Lillikas did not even get the support of his birthplace, the village of Panayia, Paphos, and ended up third behind Malas and Papadopoulos.

Our View: Loss of sheep mentality good for today’s winner