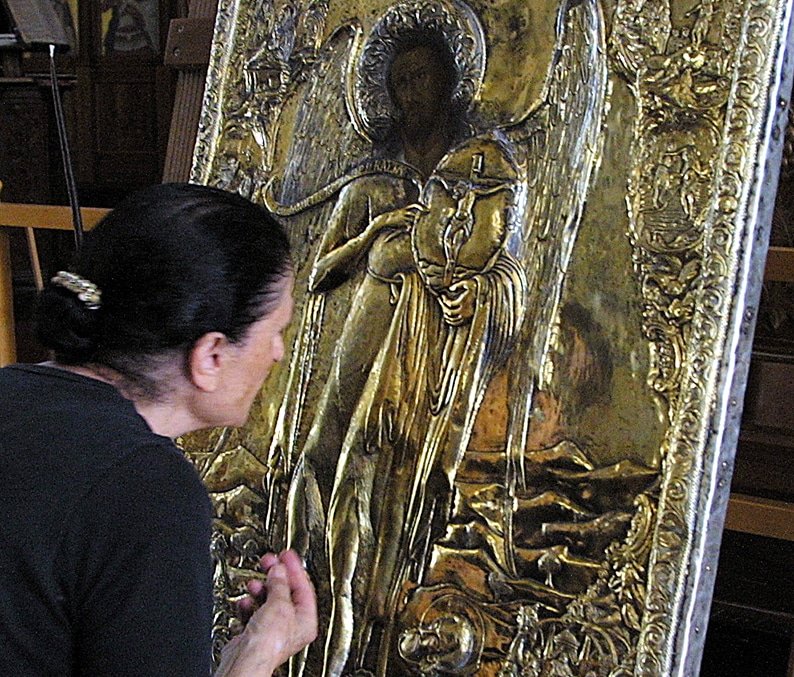 There should be some admiration for the entrepreneurship of the spiritual fathers, which exercises a policy of price discrimination in order to maximise their profits

Psychics and spiritual leaders should come with a government warning

I MUST confess I was shocked, when I found out that a widow, known to my family, spend a sizeable part of her pension in order to ‘converse’ with her late husband through a medium. I was honoured that those close to Martha (not the real name of the old lady) recruited me, as the ‘social scientist’, the ‘educated’ and ‘sensible’ one to put an end to her contacts with the beyond and the unstoppable haemorrhaging of her wallet.

My mission failed pitifully. The “injections of rationalism” I had prepared with great care proved completely ineffective. The conviction of Martha that she was really speaking to her dead husband did not waver until the end of our conversation… the desired convergence of views remained a complete impossibility. She must have considered me as misguided as I thought she was.

The state is responsible for this crude exploitation of people by psychics. While it correctly protects consumers and especially smokers, through warnings on cigarette packs about the harmful effects of smoking on health, it does nothing to protect the victims of psychics that advertise daily in newspapers and magazines about their allegedly magic powers to bring people from the dead. This is how they trap people like Martha in their nets.

The Consumers’ Association should demand that the government bans advertisements by magicians, astrologers, mediums, psychics and coffee-cup readers or that these ads carry warnings. For instance, they could say, “There is no scientific testimony for life after death,” or “Conversation with the dead constitutes fraud.”

Like psychics, the so-called elders of the Church that offer spiritual guidance, make a mint exploiting the pain, suffering and hope of a cure of some disease. Visits to a few monasteries are enough to see the commercialisation of spiritual guidance. There you can buy small icons, trinkets, small crucifixes, books and good-luck charms. What is truly astonishing is the big difference in price between ‘read’ and ‘unread’ icons. As an economist, I bow with admiration in front of the entrepreneurship of the spiritual fathers, which exercise a policy of price discrimination in order to maximise their profit. As spiritual fathers know that demand for ‘read’ icons is very inelastic, they raise their price very high.

Where the spiritual fathers of the Church win the jackpot is in the cynical exploitation of the relics of saints that are brought from Greece and are welcomed at the airport with the honours reserved for a head of state. The ‘sacred’ relics are put on display and attract big numbers of the faithful that secures the amassing of big profits.

A couple of question arise in relation to the relics of the saints. First, a sociologist would confirm that there is no correlation of prayer/worship of relics with a long life or good health and in this respect donations offer nothing in exchange. If, truly, there was the slightest correlation, 100 per cent of the population would be religious. Second, and equally important, this leads to a spiritual manipulation of the faithful as they become addicted to worship, the so-called miracles by saints, the prophecies of monks like Elder Paisios, and do not deal with the essence of Christianity, which is the true spirituality, love, hope, justice, respect, compassion for fellow human beings and responsibility.

How do we effectively combat the economic exploitation by psychics and the spiritual fathers? The answer is only with the upgrading of educational science, something that is unattainable as long as the Archbishop remains the supra-minister of education.

The way Christianity is practised today in Cyprus, great emphasis is given to the prophecies of the Mount Athos monks, the worship of relics, death and after-death. The impression we give to the rest of the world is that we are a third-world country plagued by piety, priest-rule, superstition and backwardness. We should, therefore, aim at a more spiritual world view that centres on the worship of the human being, the worship of life and free thinking.

For this suggestion to bear fruit, is it necessary, as a first step, to replace the lesson of religious instruction at schools with religious studies which is the study of religion from a secular standpoint. The teaching of this subject would allow students to understand religion from outside, not as believers, but from its sociological, historical, anthropological perspective. In contrast to ‘religious studies’, religious instruction is a Sunday school lesson, propaganda for Orthodoxy that promotes dogma at the expense of critical thought.

We should emulate Switzerland, in which in the lesson of ‘religious studies’ students do not only learn about the Holy Bible but also study the book Grand Design by Stephen Hawking, the most famous scientist after Einstein. The Bible says that “in six days the Lord created heaven and earth, the oceans and everything within them.” In contrast to the Bible, Hawking consider the citing of an omnipotent, omniscient Creator to explain the birth and smoot functioning of the Universe, is not only unnecessary but also scientifically flawed. Which of the two books makes a more rational case, would be judged by the student and nobody else.

In short, only the educational and intellectual maturing of the Cypriot would deal an effective blow to the economic exploitation by psychics and spiritual fathers.

Turkey and the Law of the Sea: some facts

What’s in a name? A hell of a lot if it’s Macedonia