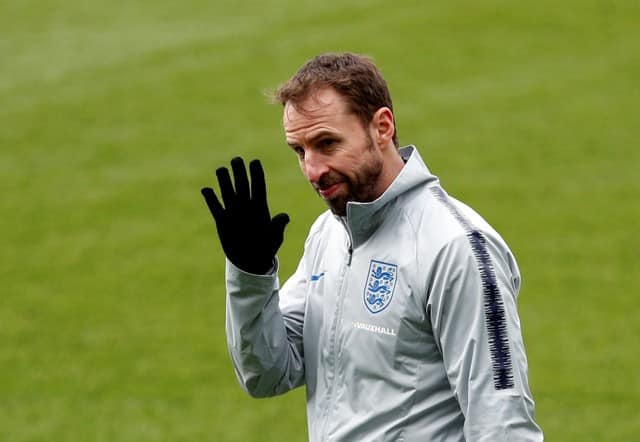 Less than two months before England manager Gareth Southgate names his provisional list of 35 for the World Cup finals only a handful of players can be reasonably confident of starting against Tunisia in Volgograd, Russia on June 18.

Tottenham Hotspur striker Harry Kane, providing he is fit, and Manchester City right back Kyle Walker look safe bets to get the nod. However, after that pretty much every position is up for grabs.

It says much about the lack of ‘world beaters’ available to Southgate that so many players, many from unfashionable clubs, might still fancy their chances.

Friday’s friendly away to the Netherlands and the home clash with Italy next Tuesday might shed more light on who will make the plane to Russia – or they might also pose more questions than they answer.

Southgate’s biggest headache in the coming months might be deciding who he can trust in goal.

Joe Hart, who has 75 caps for England, was between the posts in nine of England’s 10 qualification games, conceding only three goals. But erratic club form has seen him come under pressure from Stoke City’s Jack Butland and Everton’s Jordan Pickford, with Burnley’s Nick Pope also in the frame.

Hart lost his place at West Ham United but returned against Burnley in the Premier League this month, only to make a howler in the 3-0 home defeat in which Pope excelled at the other end.

Butland and Pickford have many positive attributes but both made mistakes in Stoke’s clash with Everton at the weekend and between them have conceded 101 league goals this season — something that would not have gone unnoticed by Southgate.

Former England defender Martin Keown thinks it might be a case of better the devil you know.

“If they’re not going to prove they’re better than him, do you take that risk to play them,” he told the BBC.

Not long ago, Chelsea skipper Gary Cahill appeared a shoe-in for England central defence, most likely alongside Manchester City’s John Stones. Cahill, however, was omitted for the upcoming friendlies having lost his place in Chelsea’s starting lineup.

With Stones also on the bench at City, Burnley’s James Tarkowski, Leicester City’s Harry Maguire and Swansea City’s Alfie Mawson will try to stake their claims against the Netherlands and Italy.

Despite not qualifying for the World Cup, both opponents will provide stern tests for an England defence that, despite a miserly qualifying campaign, is fallible against high calibre attacks.

Tottenham’s holding midfielder Eric Dier could also fit into Southgate’s preferred 3-4-3 system as a defender and will be vying with Liverpool midfielder Jordan Henderson for the captain’s armband in Amsterdam.

Spurs’ Dele Alli is Southgate’s preferred link man for Kane, but with his club team mate injured, Arsenal’s Jack Wilshere and Adam Lallana can underline their credentials in the coming week, as can Alex Oxlade-Chamberlain and Jesse Lingard.

Up front, Marcus Rashford, Raheem Sterling and Jamie Vardy look favourites to join Kane in Russia although Arsenal’s Danny Welbeck could nudge his way back in with a strong finish to the season now he is back from injury.

Southgate may face some agonising before naming his 23-man squad for Russia, but that is a position Dutch manager Ronald Koeman and Italy’s stand-in coach Luigi Di Biagio would love.

For the Netherlands and Italy, matches against England will mark the first steps in a rehabilitation in time for qualification for the 2020 European Championship.

Arsenal a long way from being title contenders, says Arteta

AEL move to top of the table after Karmiotissa win