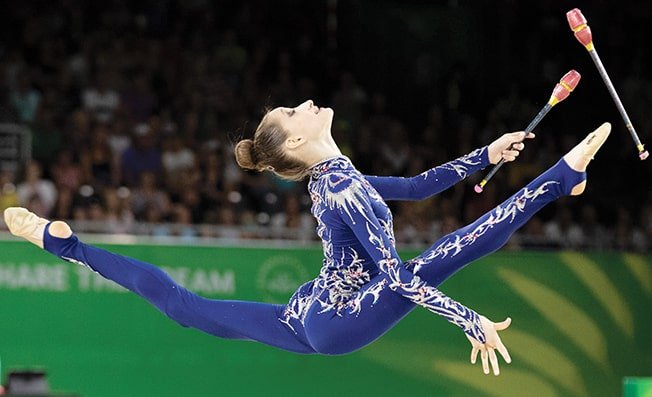 After the completion of all four rotations, Cyprus won the gold medal in the rhythmic gymnastics team final at the Commonwealth Games on Wednesday.

Wales finished in fifth, while England were sixth out of the six teams. Canada were fourth, narrowly missing out on bronze.

Prince Edward, the Earl of Wessex, presented the medals.

Cyprus has now beaten its previous best showing at a Commonwealth Games, which stood at four gold medals.