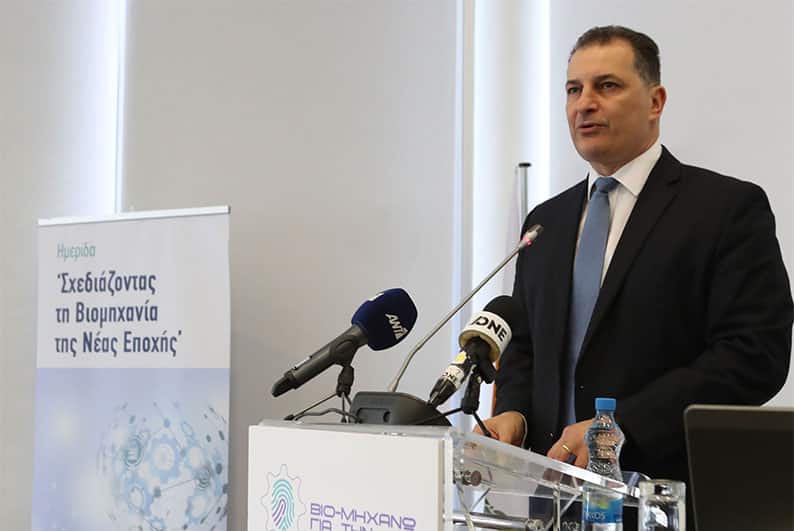 The government on Monday announced the launch of a long-term industrial strategy policy, aiming to double industry’s share of gross domestic product by the year 2030.

The strategy was unveiled at a colloquium in Nicosia under the rubric ‘Designing the industry of the new era’.

“Our main objective, in implementing our new policy in cooperation with our industrialists, is to gradually raise industry’s contribution to GDP from 7.9 per cent where it stood in 2017, to 15 per cent by 2030,” commerce and energy minister Giorgos Lakkotrypis said in the keynote address.

The colloquium was organised by the commerce ministry in collaboration with the Cyprus Chamber of Commerce and Industry (Keve) and the Employers and Industrialists Federation (OEV).

It was attended by European Commission officials.

According to official statistics, in 2017 the industrial sector (not including construction) accounted for 7.9 per cent of GDP and for 8.8 per cent of gainfully employed persons.

The new strategy, as outlined by Lakkotrypis, envisages the creation of a “robust, smart and technologically advanced industry with related services, helping to drive economic growth and prosperity.”

The strategy is based on seven pillars, among which sustainable development policies, ‘smart manufacturing’, digitisation, tapping into EU funds and reducing red tape.

Lakkotrypis said a workgroup has already been established, comprising ministry officials and members of Keve and OEV. It will hammer out an annual programme of actions and initiatives, and the overall policy is to be evaluated on a yearly basis.

Also speaking at the event was Mark Nicklas of the European Commission’s Directorate-General for the Internal Market, Industry, Entrepreneurship and SMEs.

“The goal is to revitalise and re-industrialise all of Europe, and no country or region should be left behind,” Nicklas said.

In his State of the Union speech on September 13, 2017, European Commission President Jean-Claude Juncker unveiled the Commission’s Industrial Policy Strategy that aims at ‘empowering European industries to continue delivering sustainable growth and jobs.’

The EU’s strategy falls under the broader Agenda 2030, promulgated at a United Nations summit in 2015. Agenda 2030’s stated goal is to ‘transform the world’ by eradicating poverty and implementing sustainable development.

You won’t be able to get enough of this act