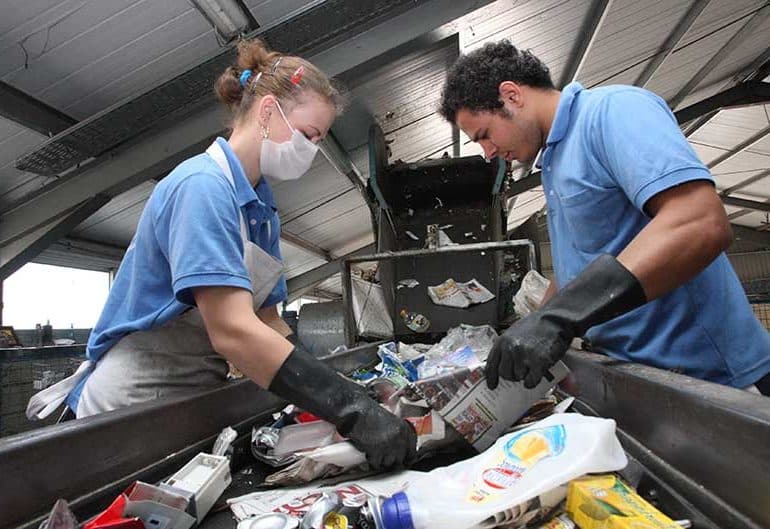 The waste management plant at Koshi

A man who worked for a company cooperating with Helector – the operator of landfills in Paphos and Larnaca – denied in court on Monday that he was on the take in return for manipulating data relating to the amounts of processed municipal waste.

Petros Petrou, a software operator for a company that received and weighed municipal waste, was testifying as a prosecution witness in the ongoing trial in the Nicosia criminal court.

The witness recognised a deposition he had provided to police on March 23, 2016 in which he referred to his relationship with Pantelitsa Mappoura, an accountant for Helector.

He told the court that he and Mappoura hailed from the same village, and that their professional association was restricted to resolving errors concerning the quantities of waste logged, which Mappoura would proceed to correct.

The court heard that during his deposition to police, Petrou was shown a number of invoices made out in his name and showing him as the beneficiary/recipient of €46,000.

Petrou said he was shocked on seeing these figures and that he had no idea what they were about.

His shock was so great that he required psychological therapy, he added. Later, with help from his therapist, he managed to recall that during a Christmas holiday season he had received a bonus from Mappoura for overtime work he had put in.

Under cross-examination by the lawyer of the defendant Demetris Patsalides (Paphos municipality’s former financial director), Petrou stated that the only amount he ever received from Mappoura was €200 or €300 for overtime work.

He did not recall the sum initially, but later remembered having overcome his shock because of the documents shown to him by the police.

Asked why he did not immediately tell the police about the €200 once he did recall this, Petrou said he was wary of going to the authorities.

Petrou was also asked why he would sign the invoices in question as ‘Petros Andreou’ rather than with his real name, and whether Mappoura had asked him to do so.

The witness said that Mappoura had indeed asked him to sign with a different name; she had also told him that the bonus would be credited to another employee in her company.

Grilling Petrou, the defence lawyer submitted to the witness that he was not telling the truth and that he and Mappoura had come to a certain arrangement.

The case concerns the overcharging of municipal authorities for waste management services and the alleged bribery of officials.