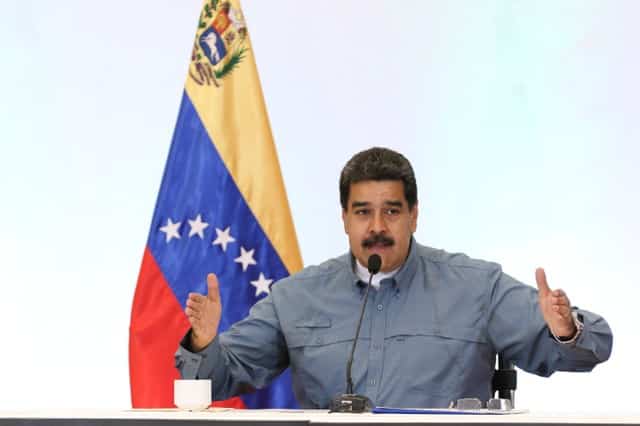 Venezuelan security forces suspected of killing hundreds of demonstrators and alleged criminals enjoy immunity from prosecution, indicating that the rule of law is “virtually absent” in the country, the United Nations said on Friday.

In a report, the UN human rights office called on the government to bring perpetrators to justice, citing what it said were shocking accounts of extrajudicial killings of young men during crime-fighting operations conducted without arrest warrants in poor neighbourhoods.

Critics say President Nicolas Maduro has resorted to increasingly authoritarian tactics as the OPEC nation’s economy has spiralled deeper into recession and hyperinflation, fuelling discontent and prompting hundreds of thousands to emigrate in the past year.

About 125 people died in anti-government protests last year. Maduro says the opposition protests were aimed at overthrowing him and accuses the United States of directing an “economic war” against Venezuela.

“The failure to hold security forces accountable for such serious human rights violations suggests that the rule of law is virtually absent in Venezuela,” Zeid Ra’ad Al Hussein, UN High Commissioner for Human Rights, said in a statement. “The impunity must end.”

Zeid, addressing the UN Human Rights Council on Monday, called on the 47-member forum to set up a commission of inquiry into alleged violations in Venezuela – one of its member states.

“The time has come for the Council to use its voice to speak out before this tragic downward spiral becomes irreversible,” Leila Swan of Human Rights Watch said in a statement on Friday.

The unpopular Maduro has cast the release of dozens of opposition members as a peace gesture following his re-election to a new six-year term last month, which was condemned by most Western nations as an undemocratic farce. His government denies the detainees are political prisoners.

Venezuela is suffering from an economic collapse that includes chronic shortages of food and medicine and annualised inflation around 25,000 per cent. Maduro blames an “economic war” directed by the opposition and the United States – which has imposed new sanctions on Venezuela‘s oil industry.

Under the previous attorney-general – Luisa Ortega Diaz, who fled the country last year – 357 security officers were believed to be under investigation for crime-related killings, but there has been no public information since then, the UN report said.

A key obstacle was that the Bureau for scientific, criminal and forensic investigations that is in charge of the inquiries is also “allegedly responsible for most of the killings,” it said.