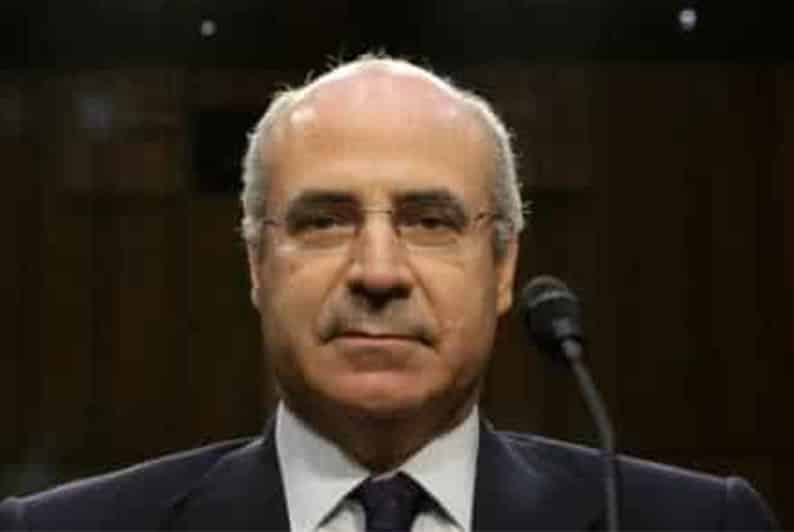 The Nicosia district court on Friday denied a request by Hermitage Capital founder Bill Browder for an order banning Cypriot authorities from cooperating with Russia in a probe against him.

The court ruled that the possible damages from such cooperation would not be irreparable for the applicants. This was one of three reasons given by the applicants when seeking the court order. The other two were that their human rights could be violated and that the case was politically motivated.

But the court said, in its opinion, that irreparable damages from such cooperation, referred to as the third precondition, had not been met and that unless all three preconditions were met, the request by the applicants could not be granted.

“Furthermore, it has not been shown that in case the Republic of Cyprus executes the particular request for legal assistance from the Russian Federation, that the plaintiffs will suffer irreparable damage,” he continued. “Nor have they claimed of course that they have suffered that as a result of the execution of previous requests.”

Browder and his associate Ivan Cherkasov applied in September last year for a court order to stop Cyprus from assisting Russia in an investigation into a possible tax evasion case against him, which he says is politically motivated. Russia launched the probe in response to Browder’s campaign for justice for lawyer Sergei Magnitsky who died in a Russian prison nine years ago after exposing a $230m tax theft.

The Russian lawyer had filed a complaint a year before that Russian officials were part of a plot to steal the ownership of three subsidiaries of Hermitage Capital, then the largest foreign investment fund in Russia, and file a request for a tax refund. The police officers involved in the scheme arrested Magnitsky and held him imprisoned for almost a year, subjecting him to torture and denying him access to medical care.

As a result of Browder’s campaign, the US passed in 2012 the Magnitsky Act which imposes targeted sanctions on individuals and entities suspected of human rights violations. The Parliamentary Assembly of the Council of Europe asked member states in 2014 not to cooperate with Russia in its actions against Browder and adopt similar legislation like the US. Interpol repeatedly ignored Russia’s request for an arrest warrant against Browder.

The judge on Friday said he took into account and noted what Browder’s lawyer Christos Pourgourides, a former Disy-lawmaker who represented the island at the Council of Europe, had said in his speech.

“The courts are this country’s prop in matters of human rights,” the judge said citing Pourgourides. “Should this prop be lost, I don’t know in what kind of a world our children and grandchildren will live”.

Pourgourides had also said that he was the recipient of requests by Cypriot presidents as well as from members of the Karamanlis family to favour Russia, the judge said, again citing Pourgourides’s speech.

“In not a single case did I do them a favour when human rights violations were involved,” the judge added, citing an exerpt from the speech of Browder’s lawyer.

Pourgourides reference to the Karamanlis family may apply to two former Greek prime ministers. The first was Constantinos Karamanlis who the first head of government in Greece after the fall of the Junta until 1980 and the second one was his nephew Costas, who governed from 2004 to 2009.

On the other hand, the probable consequences of Cyprus continuing cooperating with Russia in the investigation against Browder and Cherkasov were not comparable to a probable extradition to Russia, the judge continued.

“While it is not at this stage that the circumstances under which Magnitsky was detained and died have to be determined, it is still advisable to repeat that with the request in question, it isn’t the delivery of the plaintiffs to Russian authorities that is being asked,” he added.

The ruling comes weeks after Russian President Vladimir Putin stepped up his efforts against Browder. On July 16, he asked US President Donald Trump to allow Russian authorities to question the former US ambassador to Moscow Michael McFaul and Browder, who meanwhile relinquished his US citizenship and is now a British citizen.

The US president’s decision to agree to Putin’s proposal to deliver McFaul and Browder to Russia triggered demonstrations against Trump whose campaign is currently under investigation by special counsel Robert Mueller on suspicion that it had colluded with Russia.

Three days after the summit, the US Senate passed a non-binding resolution refusing Russia’s request to interrogate the former US ambassador. Mueller’s team has already filed charges against dozens of individuals in the US and Russia and led to five guilty pleas.

In October, when the Cyprus government decided to temporarily freeze cooperation with Russia pending the outcome of the court’s decision on Browder’s request, the Russian ambassador said that this step had hurt bilateral relations. Russia is one of Cyprus’s main commercial partners with Russian entrepreneurs being a top customer of the Cypriot corporate, accounting and legal services providing firms. In addition, tourist arrivals from Russia make up roughly one fourth of total arrivals.

Christos Pourgourides, who represented Browder, said in a telephone interview on Friday that he would study the ruling before consulting with his clients on further action, including a possible appeal against the court’s decision to reject their request.

Minister of Justice Ionas Nicolaou did not respond to a request for comment.

Plant of the Week: Plant has been used medicinally since time of American settlers