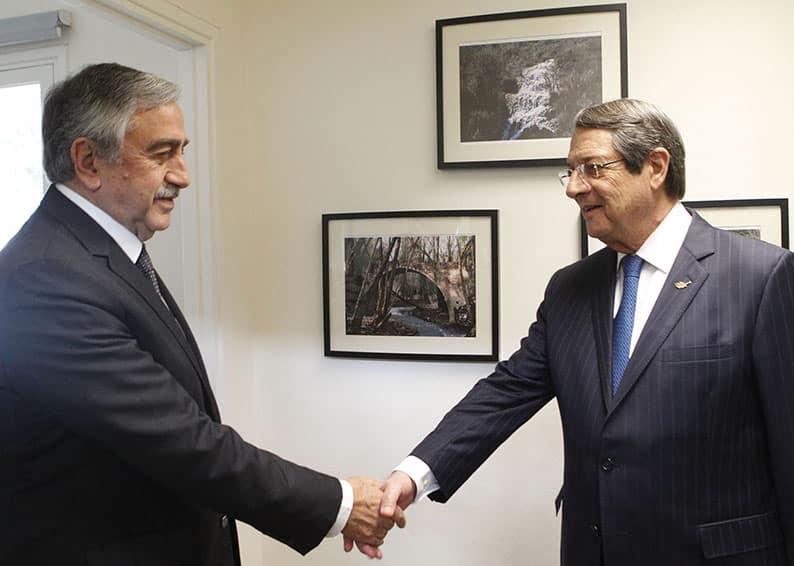 Ever since he got elected president five years ago, President Anastasiades proved that he is reluctant to confront demagogues and populists

THE Athenian victory over Sparta in the sea battle of Arginusae in 406 BC was decisive. It could also have allowed Athens to emerge victorious from the Peloponnesian war which stretched for almost three decades. After all, the Spartan fleet of 120 warships was literally scattered with the Athenians, who fielded a force of 155 ships, sinking or capturing 70 enemy vessels against a loss of 25 own ships.

But while just like in the battle of Cyzicus four years before –when the Athenians again carrying the day after wiping out the Spartan fleet of 80 triremes–, the Spartans made again a peace offer which the Athenians rejected. That fateful decision however, combined with the assembly’s controversial idea to hold the victorious commanders in Arginusae accountable for failing to collect the shipwrecked Athenians in the battle, led to the Athenians ultimately losing the war.

In both cases, the Athenian assembly, always relying on the advice of demagogues, made it clear that it did not consider a victory good enough unless it achieved all possible objectives defined in retrospect. The commanders, they argued, should have rescued the shipwrecked sailors despite the storm that broke out immediately after the battle (which could have wiped out the complete Athenian fleet).

So, after the city executed the commanders found guilty by a kangaroo court and the Athenians elected new ones, it was the turn for the Athenian fleet to be defeated by the Spartans who thanks to the Persian king’s generosity, could field yet another fleet, led this time by a more experienced commander.

The contribution of the Athenian crowd seducers to the Spartan victory proved more valuable than that of the king of Persian.

“Are you really now going to join the Spartans against those who reduced their fleet by 70 ships?” Euryptolemos asked them in a desperate attempt to make them reconsider.

Throughout the conflict, the Athens-led alliance commanded a larger fleet, a larger army and had a larger economy compared to the Spartans, and yet, the Athenians lost the war thanks to the advice of their demagogues whose political survival depended on their ability to seduce the crowds with bad ideas, unrealistic plans, worthless promises and incitement.

The price Athens ultimately paid was a heavy one. The Spartans abolished their democratic form of government and installed the rule of the 30 Tyrants. Athens, the once dominant city in the Greek world was only a shadow of its former self and its recovery three decades later could not stop the ascendance of the Macedonians.

In today’s world, democracies continue to fall victims to demagogy. The election of Donald Trump in the US which divided the American society, pitted the superpower into costly trade wars against its major trading partners and poisoned the relationship with its allies, is a good example. Also, the outcome of the Brexit referendum two years ago, should be also seen as a triumph of demagogy. Nigel Farage and Boris Johnson proved that ill-advised societies cannot necessarily expect that their long democratic traditions can shield them from foolishness. Let alone those with a short democratic tradition and lacking checks and balances, such as Cyprus, a country in which political pragmatism remains an unknown term.

The noise made by some of the participants in the meetings of the National Council speaks volumes. The terms of the solution of the Cyprus problem that are on the table are not good enough, they say. They have never been and will never be, they said, keep saying and will most likely continue to say.

And in this demagogic pandemonium caused by the likes of Papadopoulos and Sizopoulos, every attempt to remind voters of how Athens snatched defeat from the jaws of victory and lost its freedom, will be in vain. After listening to the demagogues for more than half a century, in the current phase of the Cyprus problem, every disastrous outcome appears possible, unless the president decides to get his act together.

Ever since he got elected president five years ago, President Anastasiades proved that he is reluctant to confront demagogues and populists with common-sense interventions, something he occasionally did while he was in opposition. If this time, he fails again to do so, and allows the Volksverführers to have it their way in dictating their policy on him once more, not unjustifiably, he will be remembered as Nicos the Spineless.

The Iranian regime threatens the region

Airports brace for busiest day of the year