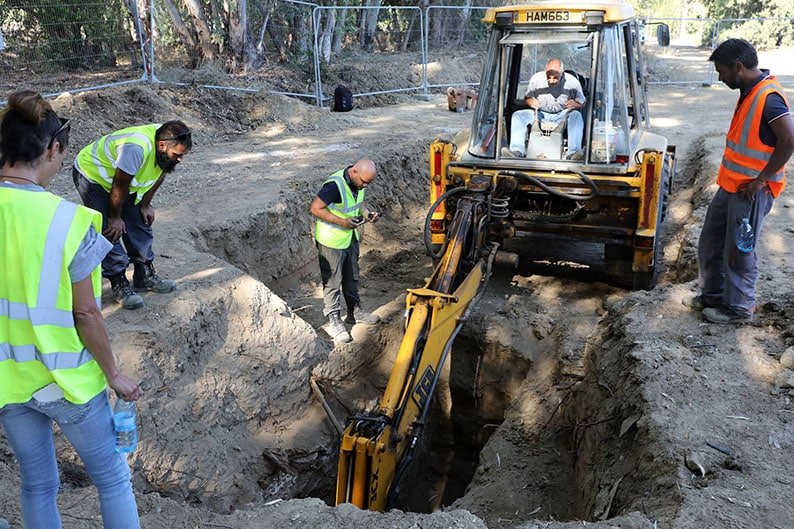 Excavations for remains in Strovolos in Nicosia ( file photo: CNA)

The committee on missing persons (CMP) is searching for a mass grave in Trachonas, in north Nicosia, where it is thought Greek Cypriots were buried during the Turkish invasion in 1974.

The excavations are in the same area where 36 missing Greek Cypriots were found in two locations in 2015.

CMP member Nestoras Nestoros told the Cyprus News Agency (CNA) that the search was taking place in a non-military area but excavations in a military zone were expected to start in the next few months.

Nestoros said the information concerns seven Greek Cypriots who were last seen in the area of Trachonas, Omorphita, and Neapoli, three Nicosia suburbs next to each other.

The CMP was also carrying out a dig in the Nicosia suburb of Strovolos in the south in search of a well that may contain the remains of Turkish Cypriots missing since the intercommunal strife in the 1960s.

The CMP is using aerial photographs taken by the British just a few days after the fighting started in 1963.

The photographs provide the experts with indications about the wells that were open at the time.

In a related development, the Turkish army has also provided aerial photographs from 1974, which will be studied in a bid to find leads concerning missing persons.

The pictures were taken before and after the invasion, in the summer of 1974. It is the first time investigators were granted access to the material.