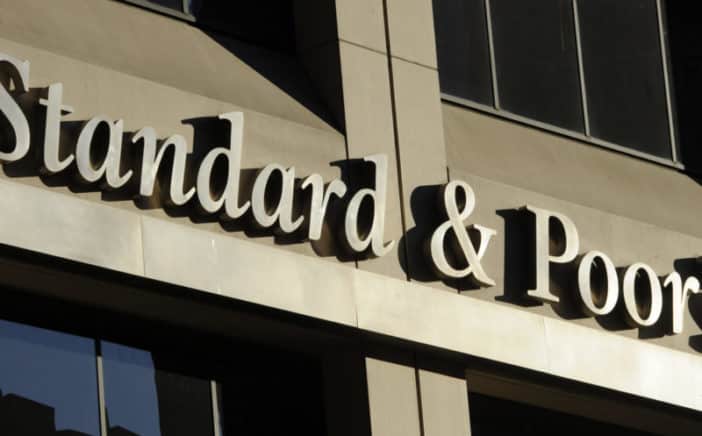 The upgrade of Cyprus’ sovereign rating back to investment grade by Standard & Poor’s after rating it junk for more than six years justifies the efforts of the past five years, the government said on Saturday.
Assigning it a BBB- rating on Friday, S&P also placed the outlook on stable as risks from high private and public debt offset “strong growth prospects”, the ratings agency said.

“The return after 6.5 years to investment grade is the strongest confirmation of the prudent management that we followed and continue to follow,” President Nicos Anastasiades tweeted.

“Our economy is recovering with the best omens being confirmed,” he said.

Finance minister, Harris Georgiades, said that one of the most important economic policy objectives has been achieved. “The growth perspective is reinforced. Our country is financially shielded. The difficult decisions we were called upon to take are being justified,” the minister tweeted.

In its statement explaining the upgrade, S&P said that the Cypriot authorities by carving out the bad assets of the Co-op had paved the way for a significant reduction in the banking sector’s nonperforming assets even though it came at a cost of 15 per cent of economic output.

“We anticipate that strong economic growth through 2021, prudent policymaking, and only moderate state support to the banking system will allow the government to run budgetary surpluses and prompt a reduction in public debt.”

The acquisition of the Co-op’s healthy operations by Hellenic Bank and the transformation of the residual state-owned lender into an asset management company tasked with managing a non-performing loans portfolio of €7bn, “will significantly reduce the banking sector’s NPEs [non-performing exposures] to an estimated one-third of total loans from one-half before”, the rating company said.

“We also expect that various other legislative changes will support Cypriot banks’ efforts to further reduce bad assets over the medium term. We assume additional support to the banking sector via the government’s balance sheet from now through 2021 will be moderate.”

The Cypriot economy, which is projected to expand this year four per cent and expected to grow another 3.5 per cent next year, is still facing vulnerabilities stemming from its high private sector indebtedness of around 240 per cent of economic output, the rating company said.

“Despite recent developments, the banking sector’s stock of NPEs remains large and its ability to attract financing at reasonable costs is likely to remain challenged for a while,” the rating company said.

“Nevertheless, we expect that the underlying recovery will support the sector’s efforts to strengthen.
“Despite solid economic growth, private sector debt is likely to remain high over the medium term, although tapering slowly via repayments – currently financed by savings, restructuring, ongoing write-offs, and debt-for-asset swaps with banks,” S&P said. “We also note that the increasing concentration of the economy in tourism and construction activities presents another potential risk.”

S&P, which was the first rating company to assign Cyprus’ sovereign credit rating a non-investment grade rating in January 2012, said that another rating upgrade could be possible over the next two years if debt levels significantly fall or much of the banks reduce their delinquent loans stock “materially” and financial conditions improve.

On the other hand, “the ratings could come under pressure if economic growth is significantly lower than our projections, endangering private debt service and further financial sector improvements, or if – contrary to our expectations – the general government debt burden rises substantially,” it said.
The upgrade will allow banks to use Cypriot government securities for the monetary operations of the European Central Bank, which on Thursday announced that it will end its expanded asset purchasing programme, widely known as quantitative easing or QE, by the end of the year.

The news of the upgrade was welcomed by ruling party Disy and opposition Diko, but other opposition parties said that conditions had not yet improved for many workers.

Disy chairman Averof Neophytou said in a tweet that public sacrifices and the prudent government policy had yielded results.

The head of Diko, Nicolas Papadopoulos added that this was also due to the “decisive support and responsible attitude” of his party to the right decisions that had been taken.

Socialist Edek said that while the upgrade was a positive step this development “cannot only be quantitative in terms of numbers but also qualitative for the benefit of the people.”

A large proportion of the population remains financially troubled, the party said, while there are still “humiliating” salaries especially in the private sector, and in many cases workers’ rights had been largely violated.

The Greens too said that the government may be celebrating the upgrade of the Cypriot economy but that people are still suffering.

Cyprus, they said, ranks ninth among the 28 EU member states as regards the highest percentage of population at risk of poverty and social exclusion.

Italy will have its film days