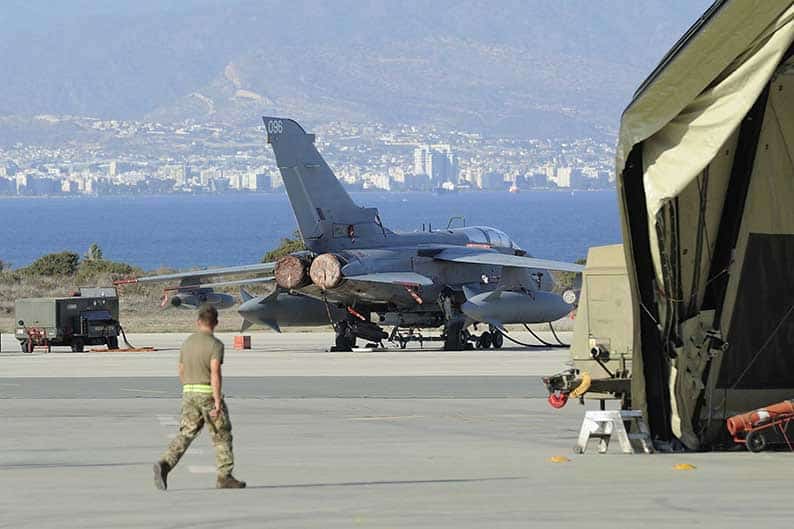 THE government’s continued silence on the reported existence of an American ‘airbase’ on the island only served to feed the opposition’s curiosity on Thursday as they demanded answers.

President Nicos Anastasiades demurred when asked about the ‘secret’ American base.

“Why should I be answerable when even the US State Department itself was unaware until recently when a report came out,” Anastasiades told a journalist.

The base was likely used for humanitarian purposes, he said, adding that it is well known Cyprus provides these facilities to foreign countries like France and Germany.

But he avoided directly addressing the question of whether the Cyprus government knew about the US operation.

Earlier this week ABC News, citing a US government document, said the US State Department spent some $70 million on the base that was “quickly set up and served little clear purpose before its quiet closing last year.”

ABC said the base, established in September 2013 and closed in August 2017, hosted five helicopters and approximately 40 government contractors at a cost of about $20 million per year, according to a recent report from the State Department Office of the Inspector General (OIG).

The OIG report stated that the base “provided the department a regional contingency capability with a focus on air bridge support to Embassy Beirut and assisted in the transportation and (if needed) the evacuation of COM personnel from the embassy.”

But with the administration here staying tight-lipped since the story broke on Wednesday, opposition politicians grew impatient.

“We want to know what these helicopters were used for. For offensive, surveillance or humanitarian purposes?” asked Greens MP Giorgos Perdikis.

As the pressure mounted, foreign minister Nicos Christodoulides accepted a summons to brief parliament on the issue.

In a brief statement, the foreign ministry said Christodoulides agreed to appear before a House committee and answer questions.

The statement did not say when.

The House foreign affairs committee is scheduled to convene next on October 23.

However, on that day Christodoulides will be attending the National Council meeting taking place at the presidential palace.

Therefore the most likely date for the parliamentary briefing is October 30, chair of the House foreign affairs committee Giorgos Lillikas told the Cyprus Mail.

Asked whether it would be an open or closed session, Lillikas said that it depended on the foreign minister.

On Thursday, speculation that the US helicopters were based in Akrotiri, within the Sovereign Base Areas (SBAs) appeared to be confirmed when local media published screenshots taken from Google Earth.

The photos purport to depict Apache and Chinook helicopters parked next to a hangar in Akrotiri.

Speaking to the Sigma channel, he said that what is being referred to as a ‘base’ is more accurately a heliport at Akrotiri that dates back decades.

“The satellite images depict a heliport that was built in the mid-1960s. It was then that a deal was struck between Archbishop Makarios and the United States allowing American U2 spy planes to make use of the British bases.

“This necessitated aircraft support and the installation of auxiliary services, including helicopters,” he explained.

The former top spy stressed that he was citing information available in the public domain, and was not revealing classified material.

He said his information about the heliport in Akrotiri and its use by American U2 planes flying surveillance missions over the Middle East comes from the book “The Wrong Horse” by Lawrence Stern.

According to Pentaras, each day the secret service produces a classified report about the numbers and types of aircraft at all airports across the Republic.

On whether the Cyprus government’s consent should be sought whenever a third party (not Britain) makes use of the SBAs, Pentaras said that evidently the tacit agreement made by Makarios is still in force.

In other words, he explained, if Nicosia were now to demand to be informed about the presence of third-party forces utilising the SBAs, it would need to formally denounce the 1960s deal.

The details of the arrangement are still classified, and most likely nothing exists in writing, said Pentaras.

For his part, former foreign minister Ioannis Kasoulides sought to downplay the affair.

He said semantics were part of the problem.

“When Americans talk of a ‘base’ they mean something different than we do. To them, it simply means a place from where their helicopters were based. It is not the same as the concept of the British bases [in Cyprus] as we understand it.”

According to Kasoulides, Cyprus and the United Kingdom have a courtesy agreement where the latter inform the government whenever the British bases host foreign military personnel or operations.

“No one came to me to tell me about something like that. I saw no document to that effect. I did not know anything about it.”

The Cyprus News Agency contacted the US embassy in Cyprus, but it likewise declined comment.