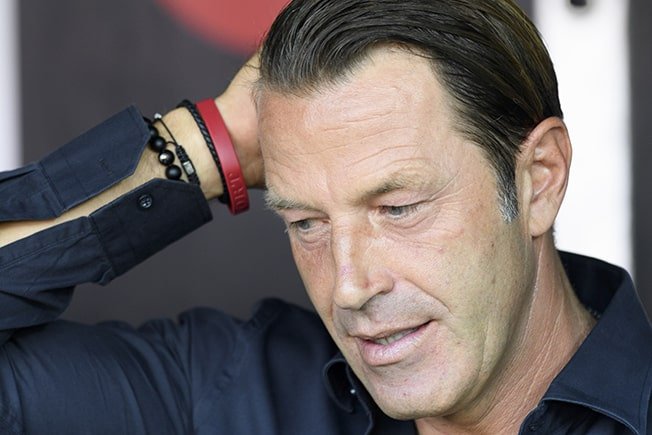 Apoel announced Italian Paolo Tramezzani as their third manager of the season replacing Giorgos Kosti, who was in charge of the team for just a couple of weeks.

Tramezzani, 48, is a former football player, having played for a number of Italian sides, most notably Inter Milan, while he also had a two-year spell at English side Tottenham Hotspur, making just six appearances.

He began his coaching career in 2011 as assistant coach of the Albanian national team. He stayed there for six years before moving to Swiss side Lugano in 2016 where he stayed for one season leading them to a European finish.

His next stop was Sion but he was sacked just a couple of months into the new season in October 2017. He has been working as an Italian football pundit since.

Tramezzani will be joined by his fellow countryman Pasquale Rocco who will be his assistant.

The appointment of Tramezzani comes a week after Apoel selected another Italian, Domenico Teti, as technical director, the first in a number of major changes at the club following their poor start to the season.

Tramezzoni took charge of his first training session with his players on Wednesday afternoon. His first game in charge will be next weekend against league leaders AEL, where he will be hoping to end the Limassol side’s 100 per cent start to the season

He has signed a one-year contract with automatic renewal if the club’s footballing targets are met (retaining their league championship).

Streppel began his coaching career in 2008 with Dutch side Helmond Sport and moved on to first division side Willem II where he stayed for three years.

In 2016 he moved to Heerenveen where he stayed until June 2018 when his contract was not renewed by the Dutch first division side.

He oversaw his first training session on Thursday afternoon.

Former interim manager Simos Tarapoulouzis will stay on the technical team in order to help with the transition.

Both Tramezanni and Streppel are seen as slightly risky appointments, with both not having much experience as a manager.

Pafos FC remain the only side now with an interim manager since the sacking of Steven Pressley last week.

Last homes on the sea: 12 villas and 19 apartments for sale

Sex classes to be held in Nicosia this weekend