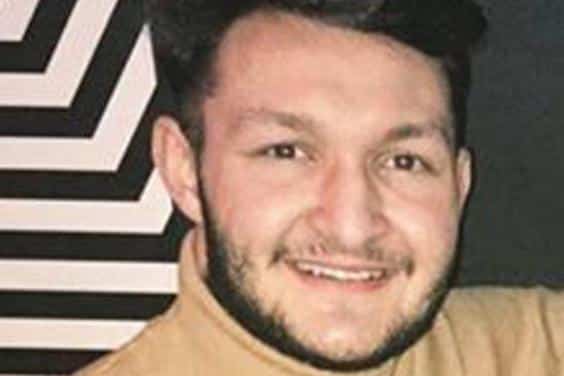 A hearing will take place on Friday in Paralimni to formally establish the cause of death of Briton, George Low, who was stabbed to death in August 2016 in Ayia Napa, the British High Commission in Cyprus confirmed on Thursday.

The parents of the victim, Martyn and Helen Low, from Dartford, Kent, have reportedly flown to Cyprus to be present.

According to BBC News, they have many questions about how he died.

“All we know is George was stabbed and he died from those injuries,” Helen Low told the BBC. “We don’t know any details but I think we need to hear them to help us.”

Two men, Mehmet Akpinar and Ahmed Salih, escaped to the north and were later captured in Kyrenia by Turkish Cypriot police and brought before a north Nicosia court for a remand hearing which centred not on the murder, but their trespassing into a military zone, a charge levelled at people crossing into the north by means other than a checkpoint.

Neither of the two suspects are Turkish Cypriots. One is a Turk of Kurdish origin, the other a Bulgarian Turk. Both have since been freed.

Salih was tried for trespassing and travelling on false ID, and after serving a 10-month sentence was also taken to Turkey and released instead of being deported to Bulgaria.

Both suspects are believed to be in Turkey.

Low’s parents have been highly critical of the lack of cooperation between the Republic’s authorities and those in the north over their inability to ensure the suspects faced trial.

They have been supported by their local MP Gareth Johnson who visited Cyprus in September in an attempt to find answers.

Johnson met with senior police officials, the head of the law section of the attorney-general’s office, before crossing over to the north where he saw the breakaway regime’s ‘justice minister’.

He even met with the case officer in Ayia Napa who investigated Low’s murder.
“The man was visibly frustrated, too, with the lack of progress,” Johnson told the Cyprus Mail in September.
“Police [in the south] told me the evidence against the suspects is strong. That, as you can imagine, doubles the pain of his [George Low’s] family.”

But the two men named as suspects in Low’s murder are still at large, and no one has been able to say how they may be brought to justice.

The British High Commission on Thursday voiced their support for the family ahead of the inquest.

“We continue to offer support to George Low’s family at this difficult time, and are in regular contact with them. We continue to ensure our concerns, and those of the victim’s family, are understood. However we cannot interfere in independent legal proceedings outside of UK jurisdiction, just as we do not allow other countries to interfere with our own justice system,” they said.