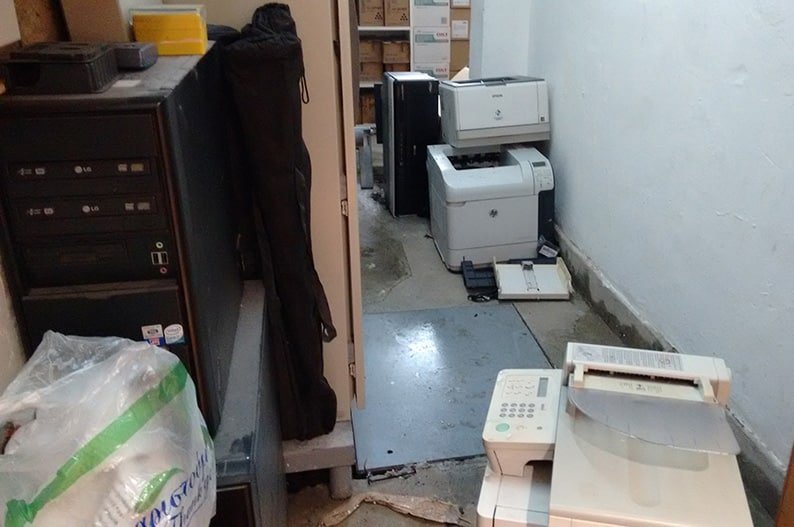 The downpour early Tuesday that caused flooding also to the parliament building in Nicosia has highlighted the two-decade-old delay in the decision for the construction of new premises to house the legislative body and its services.

The ground floor of the current building located in the centre of Nicosia, flooded after the torrential rains of early Tuesday, prompting the House spokesman, Loucas Fourlas, to criticise state services for the long delay in taking a decision on where the new building would be built but also for problems concerning the expansion of the existing building.

The image the parliament presented in the morning, Fourlas said, “did not do justice to anyone.” He also wondered what impression this would give should there had been a scheduled visit on Tuesday by a foreign head of state.

He said that the House President, has been, for the past two and a half years, trying to convince those in charge for the need to erect a new building to house the legislative and its services.

“Despite efforts and even though the project has been approved decades ago, it stumbles on procedures that do not help in its implementation,” Fourlas told the Cyprus News Agency.

But even works for the expansion of the existing building are at a standstill, he said, since state services have not been helpful.

“If the House President and parliament are being treated this way, I cannot imagine what citizens, who have to deal with these services, go through,” he said.

In 1994 when the call for tender was made, the building was going to be on Ayios Georgios hill, better known as Pasydy hill. After the contractor was assigned to the case but before work began, important antiquities were found on the site which delayed the building for over two decades.

During that time, several alternative sites were considered and as late as last month House of Representatives’ president, Demetris Syllouris, suggested giving up on Pasydy hill and building elsewhere – even the outskirts of the city – so as to avoid the wait.

After a public spat with the Nicosia mayor, Constantinos Yiorkadjis, who insisted that parliament should be in the heart of the city, the decision was finally made to go ahead with Pasydy hill.

Blame game starts after as storm clean-up goes on