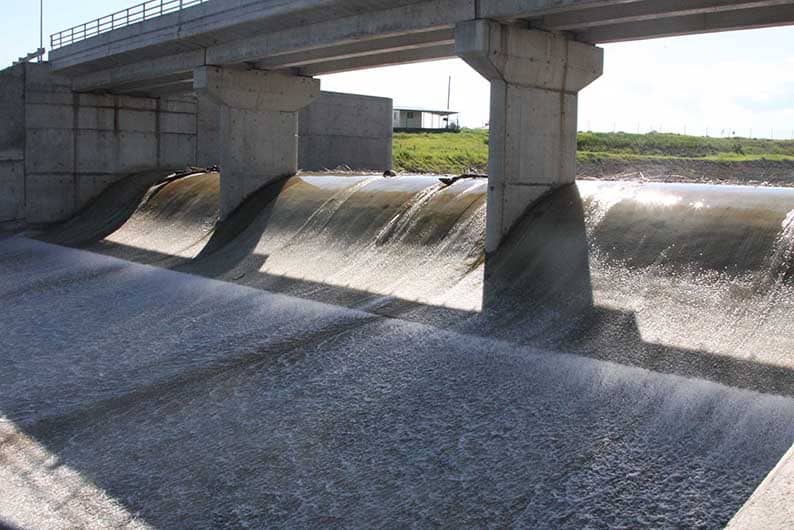 Klirou reservoir was the first to overflow

High inflows of water following the heavy rainfall of the past three days caused the Trimiklini reservoir to overflow on Monday.

Reservoirs across the island were boosted by a total of 806,000 cubic metres following the heavy rains over the weekend, Cybc reported on Monday.

With a total capacity of 340,000 cubic metres of water, the Trimiklini reservoir, whose water is used mainly for the irrigation of the community’s orchards, is the second to overflow this year, after that of Klirou last week.

The Trimiklini reservoir is fed by the Kouris river that descends from the Troodos mountains, and then passes across the 110-year-old ‘diplogefiro’, or double-bridge, of Trimiklini, making its way down to the larger Kouris reservoir, whose water levels on Monday overtook the same period last year.

Rising water levels in the Kouris reservoir have raised the possibility of it overflowing, which has not occurred since 2003, Cybc said.

However, experts say that more rain is needed if we are to be comfortable in terms of water availability island-wide.

“We have had a very good December, but we need an equivalent, if not better, January – and snow as well,” Fedros Rousis of the Water Development Department said.

He added that rainfall needs to be continuous for a number of days, without large pauses, in order to saturate the land and increase the flow of water into reservoirs.

The persistent heavy rainfall has clearly improved water stocks in the reservoirs. Just a few weeks ago, Rousis told CNA that despite the heavy rainfall and the increased inflow of water into the island’s reservoirs, water stocks were at lower levels compared with the corresponding period last year.

Rousis had added that he expected water levels to rise in the coming months, and that usually the highest levels of rainfall in Cyprus are recorded in January and February.

‘Some progress’ in ongoing battle to move petrol storage tanks

Sea-change for vital tourism industry as CTO is transformed