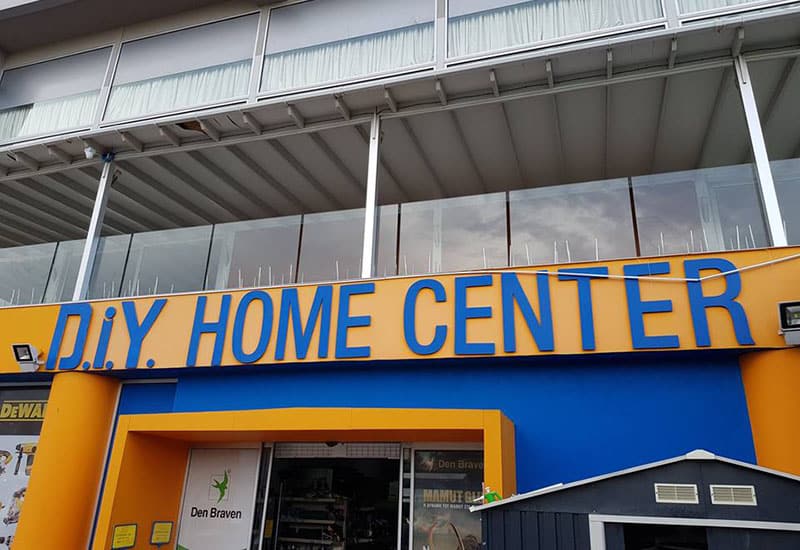 A supermarket in Peyia that was built without planning permission will be the subject of a public hearing on Friday in connection with a request for planning application relaxations.

According to an official government announcement, the hearing will examine the application of Ipsipili Ltd and Nikola Solomou (Philippos Supermarkets), which concerns the granting of a town planning permit – by way of derogation provisions – for additional modifications to the existing development.

It consists of one store and four apartments, and the application will change the use to include a supermarket with a DIY store and banquet hall, which are already built.

“We have applied to this special council (derogations) as in the past, the Paphos district office said no to our civil engineer and his plans to make everything OK,” the store manager told the Cyprus Mail on Tuesday.

He added that the store owner was ambitious and had to expand the business due to its popularity with customers, both local and those on holiday from abroad.

But the structures are ‘illegal’, according to local councillor Linda Leblanc, who said that allowing them is punishing other local businesses that follow the law.

Leblanc said that the structure first constructed more than ten years ago on the site was a “mini supermarket” of 280m². It has continuously expanded since then, into a Hypermarket with DIY and banquet hall. It now covers an area of approximately 7,190m², she said.

“Even the first application in 2008 for a mini supermarket was rejected, as it is not permitted by current planning laws. That was ignored and building proceeded,” she said

This led to a plethora of objections and written complaints from many interested parties, including the Pancyprian Supermarkets Association, local businesses and others. Court cases and a demolition order followed, but the supermarket remained.

Over the years, the business owners have made numerous promises to both Peyia council and the planning department while continuing unlicensed expansion, she said.

“There are serious concerns about public safety in the event of an emergency, due to lack of adequate exits and stability of the structure.”

However, this was vehemently denied by the store manager who said there are lots of fire exits, and this was a priority for them.

“Even a five-star hotel has less exits than we do,” he said.

The business started the procedure to seek relaxations and planning approval of existing illegalities, he confirmed, and Leblanc noted that this is now nearing the conclusion of the review process, hence the public hearing.

“The planning system in Cyprus appears now to be more EU-compliant and responsive to official complaints of illegalities. This new transparency is forcing action to be taken to resolve planning anomalies.”

This includes public consultations and transparency before planning permits are approved and /or derogations allowed on large developments, she said.

The hearing, a form of public dialogue and consultation, aims to ensure transparency and democratic conditions in the application process.

The purpose of such hearings is mainly to provide the board with a full and accurate briefing so they can offer a comprehensive and documented proposal to the council of ministers for a final decision.

The hearing is open to the public and will take place on Friday at 11am, at the cultural centre of the municipality of Peyia. This will be preceded by a site visit to the development at 10.30am.

War in the Gulf?

Our View: If new CEO at BoC can take on the unions it will pave the way for his success