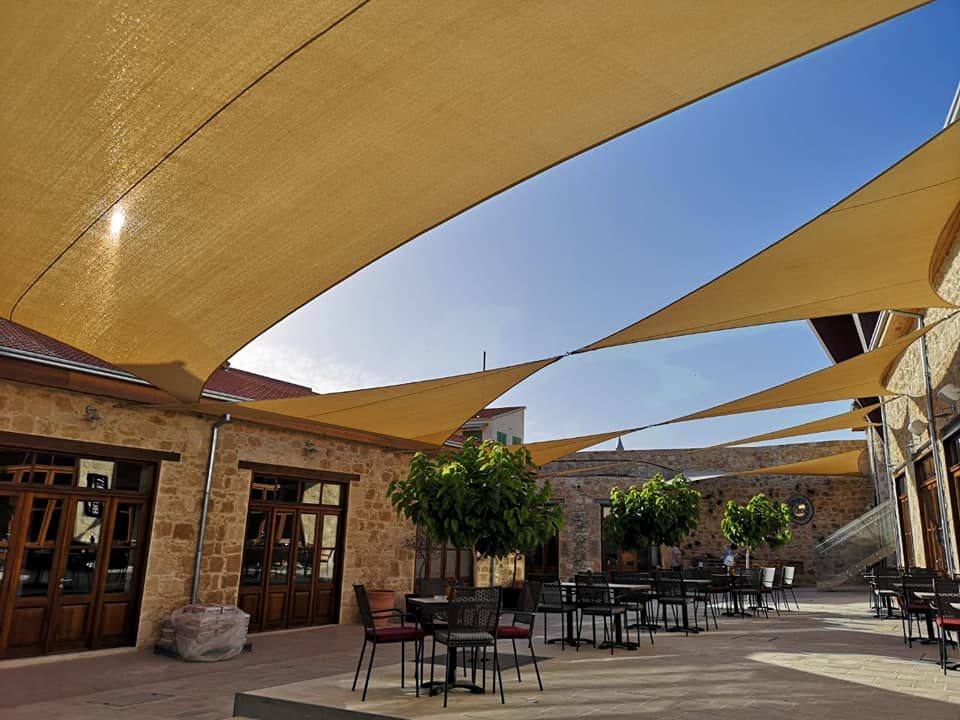 The historic Ibrahim’s Khan in the heart of Paphos old town will be officially inaugurated by President Nicos Anastasiades on Friday.

The free event, which will be open to the public, includes a concert by well-known Greek singer, Eleni Tsaligopoulou and band Bogaz Musique, a photographic exhibition and other activities. The event starts at 7pm

A number of artists and artisans occupy the individual units at the recently renovated khan, an historic building which was used as an inn and an area where merchants and craftsmen would come together.

“Doors are being varnished, the hanging herb garden is being spruced up, the stage area has also been levelled and re-varnished and big terracotta pots with olive trees are being added,” said Sharen Taylor, a mosaic artist who rents a space at the khan.

A number of sails have also just been installed across open areas of the venue to provide some shade and protection from the sun.

There are around 16 units altogether at Ibrahim’s Khan, including an olive house, a carob workshop, traditional products, jewellery, mosaics, wood carving, painting, chair-making and pasta-making workshops and a new restaurant. The theatre space with a stage is also available to hire.

Marios Athanasiou, who has ‘The House of Olives’, has taken the initiative to try to get more people to visit the space by teaming up with a coach company that will bring tourists to the khan and supply a knowledgeable tour guide.

“They will start off at the town hall and then walk to Kennedy Square and then to the market and around the area. They will finish up at the khan,” he said.

The renovation project totalled € 3.3 million and was cofunded by the European Regional Development Fund of the European Union and the Paphos municipality.

“The Hani (Ibrahim’s Khan) is today the most attractive and accessible spot of the traditional shopping centre of Paphos. The shops here are created and operated workshops and shops that highlight and promote the folk tradition and the cultural heritage of Cyprus to both locals and foreign visitors, and also a place for hosting cultural and artistic events,” a municipality spokesman said.

He added that at Friday’s event Eleni Tsaligopoulou and Bogaz Musique will present a wonderful musical feast full of songs including, traditional, rebetiko, folk songs and also songs of great composers, both modern and classical.