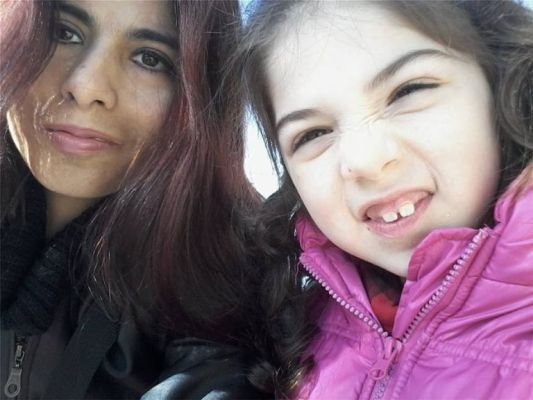 The husband and father of two of the victims of the self-confessed serial killer, 36-year-old Livia Fiorentina Bunea and her daughter, Elena Natalya,8, will file a law suit against the government but also the suspect Nicos Metaxas, lawyer Yiannis Ioannou said on Monday.

Ioannou told state broadcaster CyBC TV that his client would file a civil law suit within the coming days against the state and Metaxas, 35, seeking compensation.

The case will be filed against the murderer but also the police, he said, because “they executed their duties inadequately”.

Ioannou said if the police had done their job properly, some people would be still alive.

Bunea’s and her daughter’s case “was blindly obvious”, he said.

“We have statements even by the police chief, but also the public apology of state officials,” Ioannou said.

Friends of Bunea told media after her body was discovered that despite repeated calls to the police expressing concerns over her and her daughter’s disappearance they were told it appeared she had crossed to the north.

He said the law suits will be filed before police procedures into the handling of the case are concluded because his client has expressed concerns that testimonies and evidence “could disappear”.
Ioannou said this did not mean that the entire police force was corrupt but that precaution was necessary since “there are rotten apples.”

His client, he said, will seek compensation for moral justification.

“This case has already cost millions to the state,” he said.

He added that usually there is great delay in procedures for civil cases, “unless the state wants to do an out of court settlement which I believe will be the case.”

Bunea and her daughter are to be buried almost three years after they were reported missing on September 30, 2016.

The murders of mother and daughter were detailed in the handwritten confession of 35-year-old army officer Nikos Metaxas, according to which both bodies were dumped in the red lake in Mitsero in suitcases.

The suitcase containing the body of Livia Fiorentina Bunea was retrieved by search crews on April 28, while the eight-year-old’s body was found one week later.

Authorities have so far found six of the seven victims Metaxas included in his confession, with the search still on at Memi lake in Xyliatos for six-year-old Sierra Graze, daughter of Mary Rose Tiburcio from the Philippines, the first victim that was found on April 14.