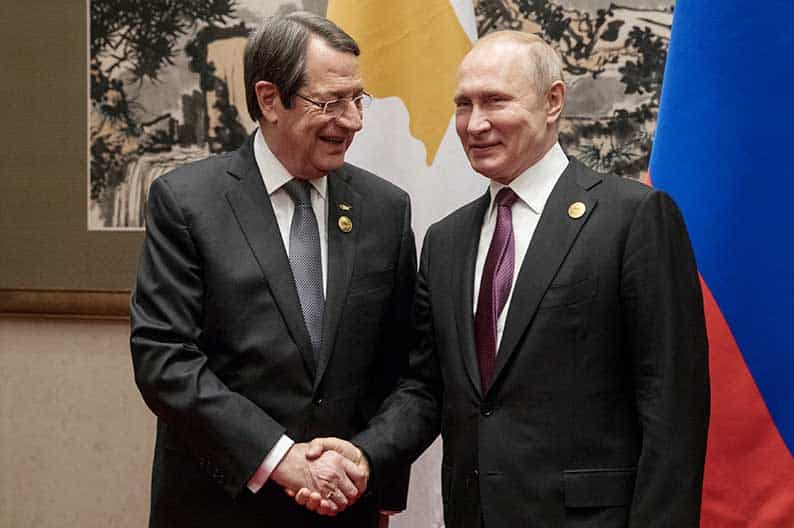 Russia has said it would react if lawmakers in the USA adopted a bill that could affect its relations with Cyprus and which Moscow described as a blatant violation of rules and norms.

According to the Russian foreign ministry, the bill on Eastern Mediterranean Security and Energy Partnership, which is being discussed in the US Senate currently, raises a number of questions regarding its possible consequences for Moscow’s cooperation with Nicosia.

“The bill, that was prepared within the framework of Cyprus-American relations, contains the provisions which are directly aimed at undermining Russian-Cypriot cooperation,” the ministry said, adding that if it were to be adopted “we intend to seriously take into account its consequences for our foreign policy.”

The ministry said Russia strictly abided by the principle of non-interference in the relations with other countries and believed that “no one has the right to interfere into our fruitful dialogue with the Republic of Cyprus that is being conducted for many years.”

“We consider any attempts to set an independent and sovereign country before an artificial choice with whom to cooperate, with Russia or Washington, as the most blatant violation of any possible rules and norms,” the ministry said.

The bipartisan US legislation authored by Democratic Ranking Member Bob Menendez and Republican Senator Marco Rubio would allow the US to fully support the trilateral partnership of Israel, Greece, and Cyprus through energy and defence cooperation initiatives—including by lifting the prohibition on arms transfers to Cyprus.

It also authorises the creation of a United States-Eastern Mediterranean Energy Centre to facilitate energy cooperation between the US, Israel, Greece, and Cyprus, plus foreign military financing and international military education and training assistance for Greece and Cyprus totalling a couple of million dollars for the fiscal years 2020-2022.

But two last-minute amendments were added, seeking to distance Cyprus from Russian influence in the military and financial spheres.

The first one asks that the US president certifies to the appropriate congressional committees not less than annually that “the government of the Republic of Cyprus has made and is continuing to take the steps necessary to deny Russian military vessels access to ports for refuelling and servicing.”

The second amendment asks that the president certify that Cyprus “is continuing to cooperate with the United States government in efforts to implement reforms on anti-money laundering regulations and financial regulatory oversight”.

At the time international players expressed concern that the agreement signalled that Nicosia was shoring up already-close ties with Moscow, though the government insisted the arrangement was long-standing and it had merely been put in writing during Anastasiades’ Moscow visit.

President Nicos Anastasiades described the amendments as unfortunate and interference with the country’s sovereignty.