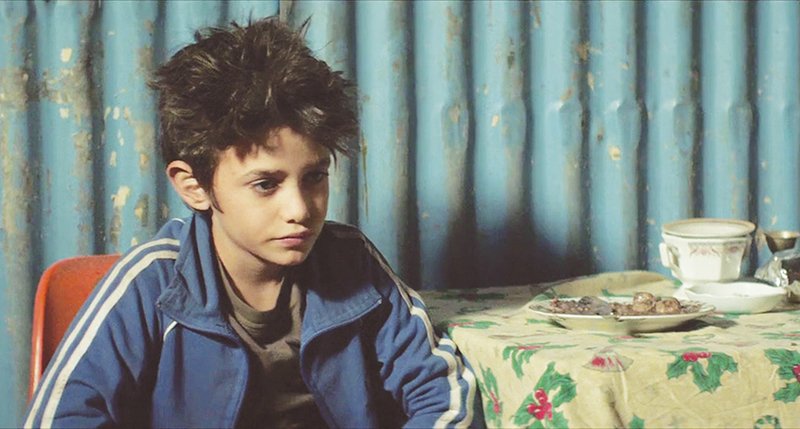 There’s a special place in our hearts for the Summer Open-Air Movie Marathon. I suspect it’s a Nicosia thing. The coastal towns fill up during the summer but the capital empties, prompting an exquisite feeling of liberation (especially in August, when the annoying people who complain about the heat go on holiday). Traffic thins, urban noise subsides during the day, and a similar magic unfolds in the evenings – 9pm at the Konstantia Open-Air Cinema in Pallouriotissa from Wednesday to Sunday, to be precise – when movies come with a cool breeze, the occasional snarl of a distant motorbike, and the night sky stretching out behind the screen. Watching films under the stars seems especially apt in a Nicosia summer; like the half-empty city, it’s both familiar and not.

This year’s edition of the Marathon (the 21st) kicks off on Wednesday, and we’ll always be grateful that its various organisers (the Cultural Services of the Ministry of Education and Culture, Theatro Ena, the Friends of the Cinema Society) keep supplying this annual bonanza. All that said, we have some reservations about the way the Marathon seems to have developed in recent years. Three reasons:

Not enough English. 21 films are being screened this year, each film shown twice (screenings continue all the way to September 9; it’s not called a marathon for nothing!). Only about a third of those films are either in English or with English subtitles; the majority are inaccessible to Anglophones. It’s understandable that the Ministry of Culture should have something of a Euro-emphasis – but not only is Nicosia multicultural, it’s also no secret that most Cypriots head to their beach homes (or out of the country) for much of the summer. There’s a real opportunity missed in excluding those who don’t speak Greek.

Not enough popcorn movies. This year’s selection includes many excellent titles. We’d especially recommend the Oscar-winning Roma (July 13 and August 10) and a couple of Cannes prize-winners, Italian fable Happy as Lazzaro (July 17 and August 18) and the heartfelt Lebanese drama Capernaum (July 18 and August 17), which may be a bit melodramatic but does contain the best performance by a toddler possibly ever. I Am Not Your Negro (July 28 and August 28), a documentary on African-American author James Baldwin, also got extremely strong reviews, though I haven’t seen it.

Still, none of these is exactly mindless entertainment – and the same goes for almost all the films on the lineup, which could best be described as ‘festival movies’. The Marathon is being positioned as a summer version of the Friends of the Cinema Society, offering a similar selection of middlebrow-arthouse titles. Trouble is, what works in winter, in a dark auditorium, won’t necessarily work sitting outdoors in the summer; open-air viewing is a very unique experience, insofar as you’re always aware of real life going on. It lends itself best to light, airy movies. Not to mention that many people don’t have the patience for serious films, even at the best of times.

Not enough oldies. Last year’s edition of the Marathon didn’t have a single older title. This year’s has two, Cleo from 5 to 7 (10 July and 8 August), made in 1962 by Agnes Varda who died this year, and Wim Wenders’ angels-over-Berlin classic Wings of Desire (July 11 and August 14). We welcome the inclusion – even if both are quite arty – but there could be even more, as there were in earlier editions. The counter-argument, of course, is that classics don’t get enough of an audience, which is why they stopped being included; then again, there are all kinds of classics.

The Open-Air Marathon will always be a big part of summer – but it also feels like it could be re-branded. How about trying something new next year, and devoting a chunk of the lineup to popular films from the 70s, 80s and 90s? The audience for old Hollywood may indeed be dying out – the Marathon once screened the likes of Vertigo, Singin’ in the Rain and the Marx Brothers – but the audience for films like The Karate Kid, Close Encounters of the Third Kind or A Fish Called Wanda is surely still out there. (These are big titles, and perhaps too expensive to licence; but there are others.) We don’t presume to tell the organisers what to do – they, after all, are the ones who know which films make money, and which ones don’t – but going old (though not too old) and popular would indeed solve all three of the problems mentioned above.

Anyway… flaws and all, we love the Marathon. The full programme is available at https://www.facebook.com/summermoviemarathon/, or call 22-349085 or 22-348203 for more information.