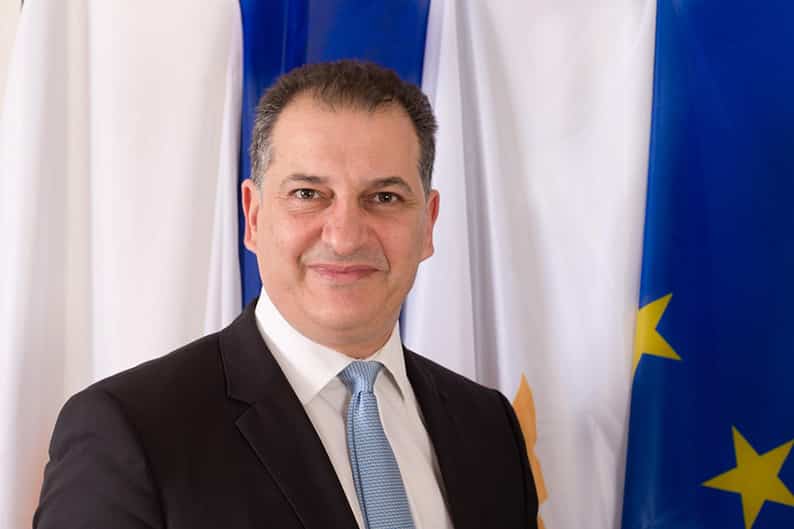 The Council of Ministers is expected issue exploitation licences for the Aphrodite field, Energy Minister Giorgos Lakkotrypis said on Sunday.

“Regarding the agreements with Total and Eni, we are currently working on the legal details and they are expected to be brought before the Council of Ministers in the coming days for the relevant decisions,” he said.

As far as the Aphrodite field is concerned he said, “we are in negotiations with the consortium to come up with a jointly acceptable plan for development and production, which must be submitted to the Council of Ministers to issue exploitation licences for the Aphrodite field, marking the first time that such licences will be issued for the Cyprus EEZ (Excusive Economic Zone)”.

This is the third type of licence that is issued to interested companies. The first, a prospecting licence allows the geological evaluation of an area, while the second, an exploration licence allows for exploratory drilling to take place. If a discovery is made, the licensee then has the right be granted an exploitation licence.

Exploitation licences are granted for an initial period of up to 25 years with the option of one renewal of up to 10 years. Successful applicants must enter into an exploration and production sharing contract (EPSC) with the government.

A production-sharing deal for the Aphrodite gas reservoir worth over $9 billon (€7.9bn) over 18 years was struck by the government with Noble Energy and its partners last month.

Lakkotrypis said negotiations finished with Cyprus getting a good deal under the circumstances that is worth over $9bn or around $500 million (€443m) per year over 18 years, depending on the international price of oil.

The minister said the effort is to extract, if not all, most of the reserve in the Aphrodite field so that its exploitation would be viable.

The energy minister said this would be the biggest infrastructure project ever undertaken in the Republic of Cyprus, worth some $7.9bn.

In the coming week Lakkotrypis will go to Cairo to take part in the second meeting of the East Med Gas Forum, where representatives of seven countries of the region will meet with officials from the EU and the US. The forum is a platform to co-operate over the development of hydrocarbon resources in the East Mediterranean.

During this meeting, he said, a date is expected to be set for a four-way meeting between Cyprus, Greece, Israel and America of energy ministers.

He said the four way meting underlined “the joint effort of the countries of the region to develop hydrocarbon resources in terms of respecting the international law and the sovereign rights of each of the participating countries”.