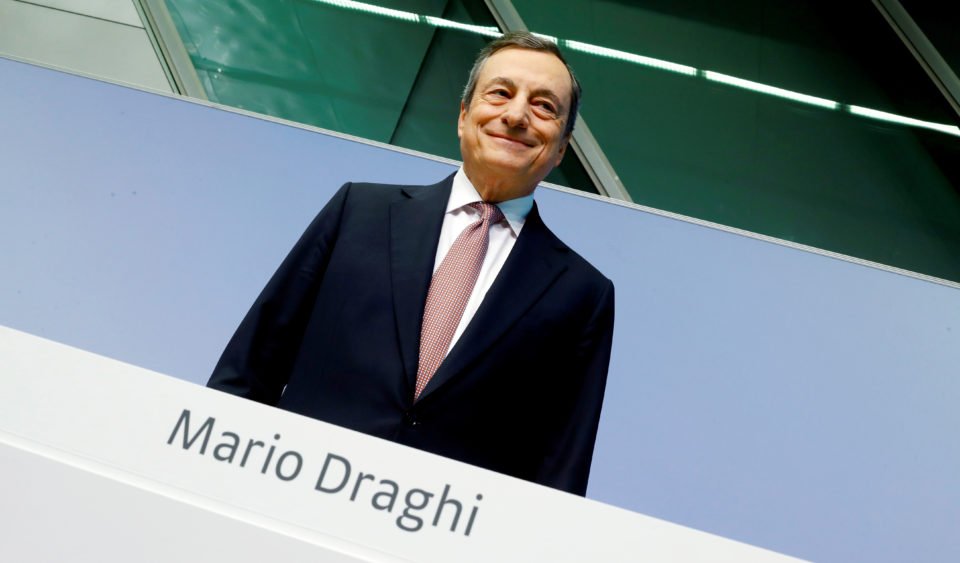 A series of weak economic data from France, Germany and the euro zone as a whole on Tuesday painted a meagre growth outlook for the single currency bloc, lending support to doves among ECB policymakers who favour more rate cuts and bond buys.

French growth slowed unexpectedly in the second quarter on weaker household spending and German consumer morale worsened for the third month in a row heading into August, adding to signs that the euro zone economy as a whole is cooling.

In a further sign of economic weakness, German consumer price inflation, harmonized to make it comparable with other euro zone figures, eased to 1.1% in July from 1.5% in the previous month, preliminary data showed.

This undershot a Reuters forecast of 1.3% and was the lowest since November 2016. It also marked the third month in a row that German inflation remained well below the ECB’s target level of close to but below 2% for the euro zone as a whole.

Draghi’s term as ECB president is due to end on Oct. 31 and IMF chief Christine Lagarde has been nominated to succeed him.

“This adds to evidence … that the euro zone economy will expand by a meagre 1% or so this year, strengthening the case for ECB action sooner rather than later,” said Melanie Debono from Capital Economics.

The French economy grew 0.2% in the April-June period, down from 0.3% in the previous three months, according to preliminary data from the INSEE statistics agency.

That was just below a Reuters poll of 28 economists, which had an average estimate of 0.3%.

Until now the French economy has proven more resilient than some neighbours such as Germany because it is less dependent on exports and thus less exposed to global swings.

But household spending, the traditional motor of French growth, grew only 0.2%, the slowest rate in a year despite a more than 10 billion euro ($11.1 billion) package of measures launched by President Emmanuel Macron to boost purchasing power.

In Germany, the economy is widely expected to have contracted in the second quarter and sentiment surveys suggest the third quarter might not bring any improvement, raising the spectre of a technical recession in Europe’s largest economy.

The GfK consumer sentiment indicator, based on a survey of about 2,000 Germans, edged down to 9.7 from 9.8 a month earlier. It was the lowest reading since April 2017.

But the continued drop in consumer confidence signals that a slump in Germany’s export-dependent manufacturing is now creeping into other sectors of the economy as employees are becoming afraid that they could soon lose their jobs.

Consumers with jobs in export-driven sectors in particular, such as the car industry and their suppliers, are affected the most, he said. The propensity to buy as measured by the GfK also deteriorated to reach its lowest in nearly four years.

“The primary threat to consumer confidence is the persistently increasing fear of job losses,” Buerkl said. He warned that household spending could weaken in coming months if the trend continues.

Mitsotakis says aggressive acts will not be left unanswered

Court to decide future of Focus trial on August 7