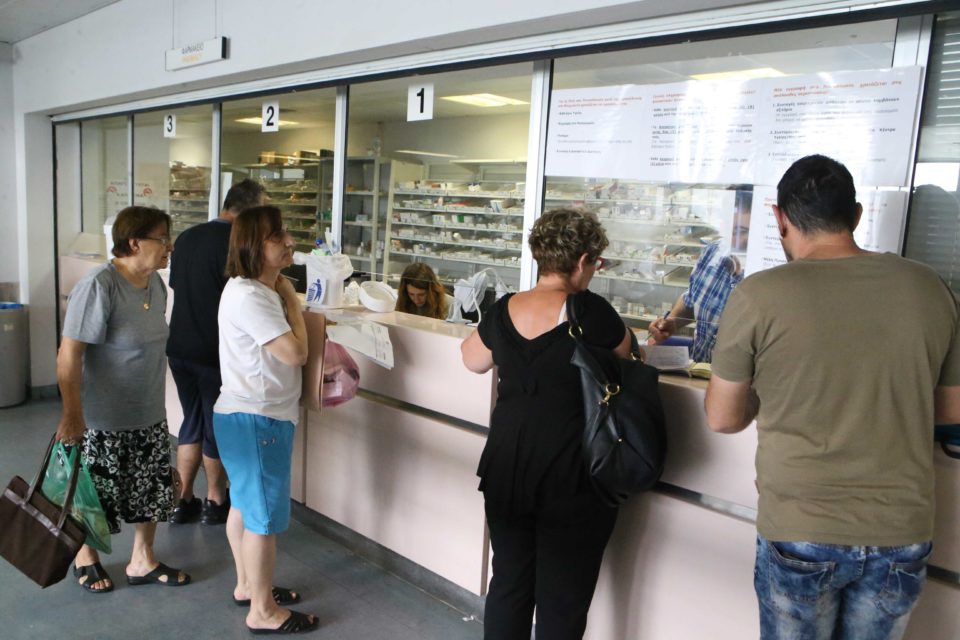 File photo: Patients queuing up for drugs at the pharmacy

PATIENTS’ rights advocates on Friday called on the state health services organisation (Okypy) to update waiting lists as many of the people had already been treated but not removed, leaving new patients with appointments as far away as next year and even for 2021.

According to the head of the Patients and Friends Federation (POSFP), Marios Kouloumas, patients who call the state hospitals for appointments with specialists under Gesy are told there is no availability until next year and in some cases, 2021.

Speaking to state broadcaster CyBC, Kouloumas said however that this was due to the fact that existing patient waiting lists are “fictitious” since many of the people on those lists have already been seen when Gesy was introduced some three months ago.

“What needs to be done is to update those lists,” Kouloumas said, adding that the lists were in existence before the introduction of the new national health scheme.

“We are certain that many of these have already been served under Gesy.”

He said a way must be found to update the lists so that vacant appointments are given to patients who are seeking a consultation with a specialist doctor.

According to Kouloumas they are receiving many complaints by patients who call for days state hospitals for appointments and cannot get through.

He said the problem may be down to the need for more administrative staff, or bad organisation.

A delegation of the group will meet President Nicos Anastasiades on Monday morning to discuss several issues concerning Gesy, he said.

In the meantime, the Health Insurance Organisation (HIO) announced that around €70m was spent during the first three months of Gesy operation, which was well within the estimated €40m per month.

HIO senior official Angelos Tropis told the Cyprus News Agency the Gesy budget for 2019 was €280m. The €70m include payment to specialist and family doctors, pharmaceuticals, labs, and outpatient care.

The reason the money spent was below the estimated budget is because not all healthcare providers have joined Gesy yet and due to the fact that not all beneficiaries have registered yet.  “As new healthcare providers are added and as registrations increase, real expenditure will rise,” Tropis said.

He added that so far around 700,000 beneficiaries had registered with Gesy. Contributions for the first quarter have reached €160m, he said.

Later on Friday a group that call themselves ‘Allies for Health’ called on Anastasiades to intervene and rescue Gesy, citing shoddiness, shortages in pharmaceuticals, understaffed departments, and overworked nurses who were being “blackmailed to do overtime”.

The group, consists of patients, doctors, nurses, academicians and others, said though they do understand that there are always difficulties in new ventures, as time goes by things worsen instead of improving.

They said this was a system that cares for the wellbeing of some “and not for the viability of state hospitals.”

Gesy by the numbers

SINCE launching on June 1, Gesy has amassed over 705,000 beneficiaries, with the figure including not only Cypriots, but also Europeans and foreign nationals living in Cyprus, figures of the health insurance organisation (HIO) showed on Thursday.

Of these, the HIO said, 667,000 beneficiaries had registered with a GP or pediatrician.

Regarding medical providers, Gesy currently offers 1,356 doctors, of which 397 are GPs, 130 are pediatricians, and 833 are specialists. According to the HIO, judging by the current flow of applications being received, Gesy doctors are expected to reach 1,450 later in September.

By Thursday, a total of 709,000 visits had been made to GPs and specialists, who have so far issued 545,000 prescriptions and 325,000 referrals for clinical laboratory tests.

Three months into Gesy, the HIO stated the “general observation” that Gesy is functioning normally, “with the majority of beneficiaries and medical providers expressing their satisfaction with its course so far.”

The HIO asserted its determination to continue efforts toward the stabilisation of the functioning of Gesy through resolving all issues that arise. Preparations are also being made for the introduction of additional services, including in-patient care, with the launch of the second phase of the scheme in June 2020.

Our View: Hypocrisy on show in purchase of state cars