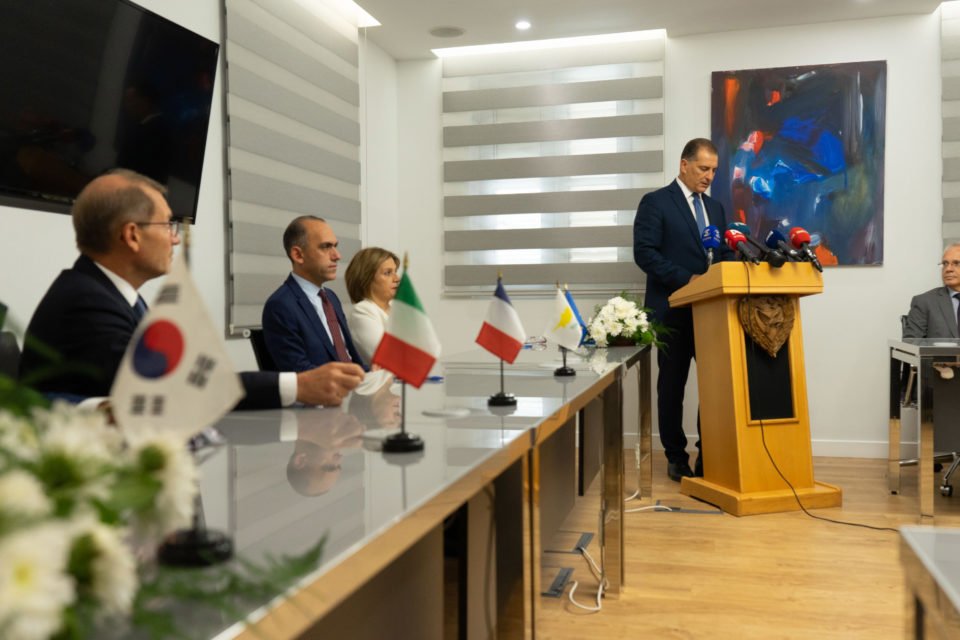 The contracts were signed at the energy ministry by Energy Minister Giorgos Lakkotrypis in Nicosia with representatives of the two companies in the presences of the ambassadors of France and Italy.

At the time it approved the additional licences, the cabinet also granted 12-month extensions for blocks 2, 3, 9, 8 and 11.

Speaking after the signing ceremony, Lakkotrypis called it an “important development” in the island’s energy programme. He said the timing of the next round of exploratory drilling was currently being discussed with the energy companies.

Cyprus expects nine exploratory and appraisal wells to be carried out by the end of 2019 or beginning of 2020, and over the next 24 months.

“We are within the timetables we have set. It may be a couple of weeks, mostly due to other developments in geophysical studies, the bad weather we’ve had, and some other minor delays. We are on a timetable and as soon as we are ready, we will announce them,” he said.

One of the main obstacles Cyprus is facing is Turkey’s opposition to Nicosia’s energy plans. Ankara earlier this year began drilling in areas it claims both for itself, and on behalf of the Turkish Cypriots and has sent two drillships and two exploratory vessels to the region in recent months.

Maps published in Turkey’s official gazette show that oil drilling permits issued to the Turkish National Oil and Gas Company (TPAO) stretch as far as the Greek island of Rhodes as well as blocks 1, 4, 5, 6 and 7 as delineated in the Cyprus Republic’s EEZ, south and south-west of the island.

Turkey also supports northern Cyprus’ claims in the Republic’s blocks 1, 2, 3, 8, 9, 12, and 13, including within few kilometres from the Aphrodite gas field in Block 12.

More water with that?