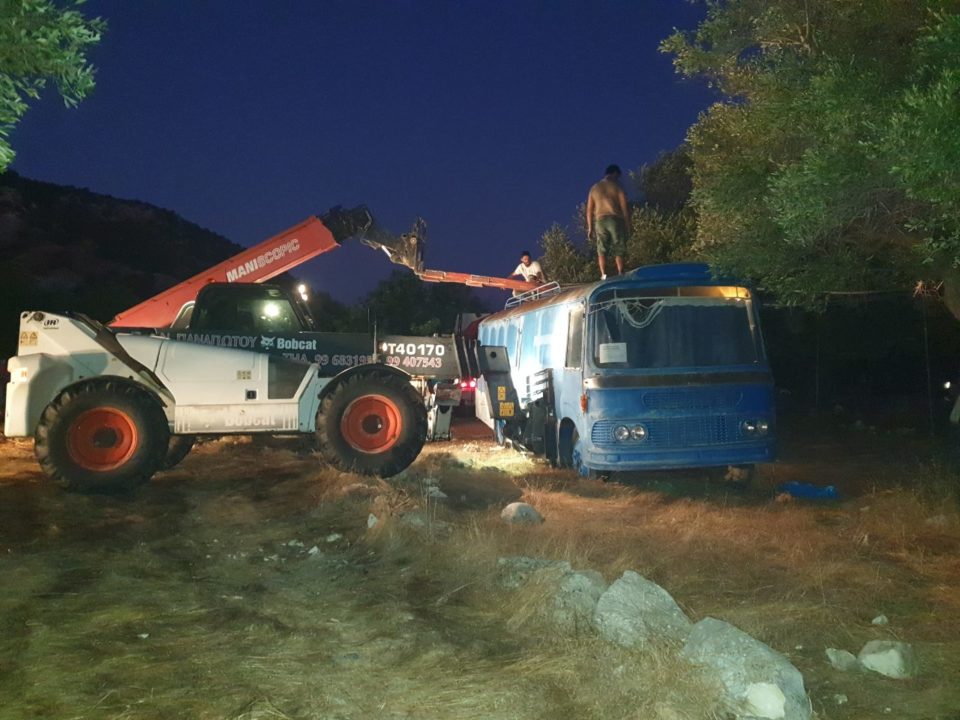 The community council of Neo Chorio removed an illegal camping site near Aphrodite’s Baths in the Akamas in the early hours of Friday.

The decision to dismantle the site, which had been there for decades, was taken after a warning from the authorities sent out last week to clean up the area, which was described as unhygienic and unacceptable.

Cleaning crews were sent in to remove around 30 caravans and makeshift structures.

Police were present during the operation, so no incidents were registered.

The illegal structures were in a protected area where people are not allowed to camp, as they constitute a threat for the delicate environment.

The owners of the caravans were given a grace period from the authorities to remove their properties, but because they failed to act on time, police had no choice but to intervene.

“They have acted in line with decisions and with the resolve to impose law and order,” the community council of Neo Chorio has released a statement.

The statement said the owners were publicly warned that the removal of the illegal caravans and structures from the Aphrodite’s Baths was going to happen soon.

Neo Chorio community leader Andreas Christodoulou has spoken out against illegal camping in the area and inside the national park of Akamas for years.

In comments to the Cyprus Mail last month he expressed his hope that a legal camping site would be opened in the area near the Aphrodite’s Baths.

He said that, over the years, his community council had been faced with numerous problems during the summer holiday months, mainly July and August, due to the tonnes of rubbish campers leave behind but also irregularities carried out by some of the visitors.

This included illegal tree felling for barbecues and to stock up for the winter, makeshift showers and toilets that damage the area’s flora and noise pollution due to the myriad of quadbikes that visitors use to enter into the Akamas national park.

“They place plastic water tanks on carob trees, defecate on cyclamens. One of the caravan tenants even brought his own chickens just to have fresh eggs daily,” Christodoulou said.

However, the Cyprus Campers’ Association responded to the allegations, claiming that “the area has been used for decades by nature lovers and holidaymakers from all over Cyprus, who camp with caravans and tents in the area, because the nearest licensed, In Polis Cyrysochous, cannot cover the needs of the entire Akamas Peninsula.”

It added that people camping near the Aphrodite’s Baths have been doing so for the past 30 years and in complete respect of the surrounding nature.

The removed items have been transferred and placed in a monitored area where they will remain until October 2.

If still unclaimed after that date, they will be sold at a public auction or destroyed, the council said.