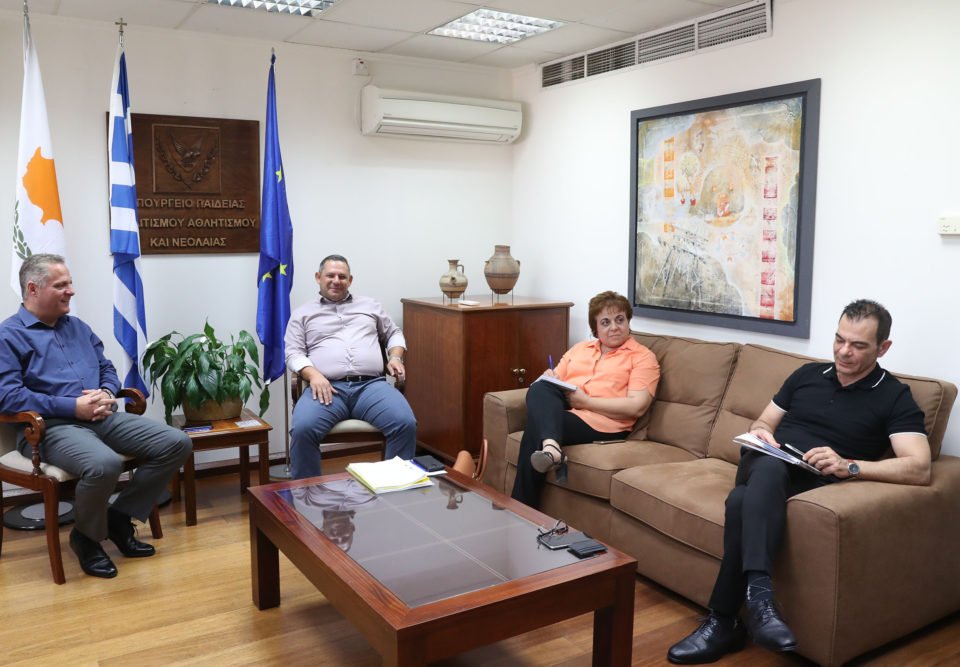 By Annette Chrysostomou and Jonathan Shkurko

Secondary teachers’ union Oelmek on Friday walked out of a meeting with the education minister in protest at the presence of the head of the secondary school parents’ association.

The assessment committee for secondary and technical schools met at the education ministry as planned but the head and secretary of Oelmek left immediately after they arrived because Kyriakos Nikiforou, the head of the secondary school parents’ association, was present.

Nikiforou has been increasingly vocal in his criticism of the reasons behind a work stoppage by teachers planned for Wednesday, September 25. The teachers’ main objection is to the introduction of four-monthly exams in high schools.

On Thursday, Oelmek, angered by Nikiforou’s criticism of teachers and “his ongoing nihilistic stance on various educational issues” said they would no longer participate in any meetings – official and unofficial – in which he was present.

Earlier in the week, Nikiforou told CyBC radio he did not understand why there had been so much reaction by teachers and pupils on the issue of four-monthly exams, speaking of “agendas leading things down the wrong path”.

The Pancyprian association of secondary school parents said Friday it was taken aback by the decision of secondary teachers’ union Oelmek to shun meetings Nikiforou, it said on Friday.

“We were very surprised to hear that Oelmek was not going to attend any meeting where the president of the secondary education parents’ association is present,” it said, adding that Nikiforou was the democratically elected leader of the parents’ association which is the highest authority of organised parents.

It said though there has been good cooperation with the union in the past, their attitude in recent months has changed.

Beyond other disagreements and beyond petty and partisan interests, “the interests of our children and the public schools are always paramount to us,” it said.

In the next few days, the association will hold a press conference and will cover all issues, informing parents, pupils as well as the general public, the announcement concluded.

The education ministry is planning to implement the student evaluation plan within the next four months, Education Minister Costas Hambiaouris said after meeting the parents on Friday, without Oelmek.

He said the ministry had repeatedly called Oelmek to bring their disagreements in writing.

“So far, however, they have not responded, and we do not know where they agree or disagree with the proposed changes. We are always open to dialogue,” Hambiaouris said.

Hambiaouris said he already set strategies in motion for the plan to become fully effective.

“It has been approved by the House of Representatives and it is the result of continuous months of discussions aimed at finding the best possible solution. We are still waiting for Oelmek and their thoughts on the plan. We have provided clear answers to the parents who came in today with specific questions about their children’s future,” the minister said.

“I am publicly inviting Oelmek to a meeting where both parties can discuss and clarify any potential misunderstandings and disagreements, even though they haven’t yet expressed any doubt about the plan so far. There is no reason for this unnecessary tension, we can all work together, us, the parents and Oelmek for the future of our children.”

Asked about the confrontation between Oelmek and Nikiforou, Hambiouris replied that the ministry of education “respects everyone involved in the discussion, whether they are parents, teachers, students or organisation representatives.”

In response to a question about Oelmek’s relationship with the parents’ confederation, Nikiforou said that Oelmek should realise the importance of working together

Elderly should try and adapt to modern times