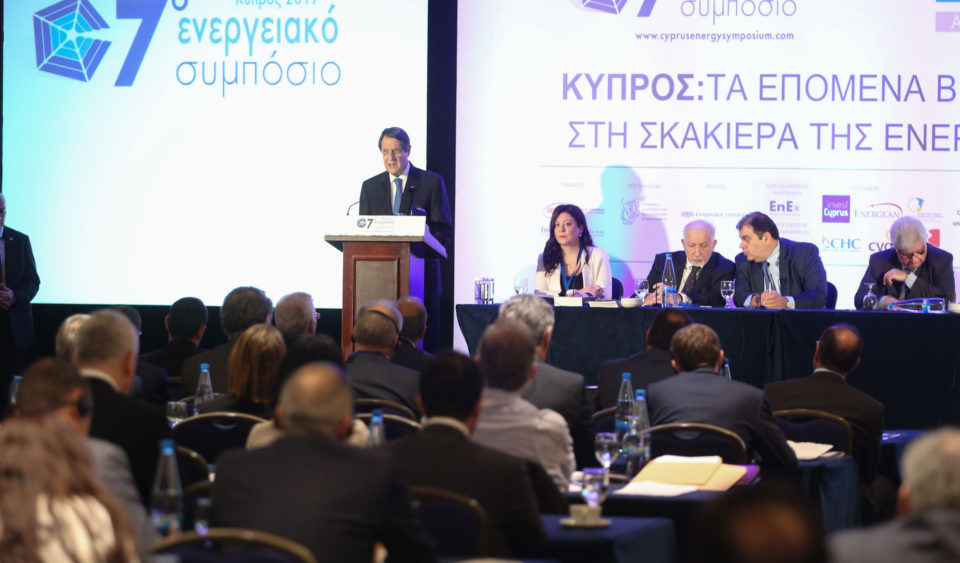 Greek firm Energean on Thursday complained that private players are being shut out of the natural gas market in Cyprus, to the detriment of competition and, ultimately, consumers.

“We want equal treatment, competition. When it comes to us, there is no healthy competition; there is only one kind of competition, the unknown kind which takes hold where secret subsidies exist,” said Constandinos Nicolaou, technical advisor for Energean.

He was speaking at an energy symposium in Nicosia.

Energean recently applied to Cypriot authorities to pipe natural gas to the island, promising the gas could flow as early as 2021 – faster than government plans to import liquefied natural gas (LNG).

The Greek outfit propose to pipe gas from the North Karish field in Israeli waters to Vasilikos in Cyprus.

A Floating Production, Storage and Offloading (FPSO) unit for Karish is currently under construction, and is expected to come online next year. The proposed subsea pipeline from the FPSO to Cyprus would have a total length of 215km.

Constandinou said Energean are able to supply gas to Israeli buyers for as low as $4.2 per mmbtu – meaning that once the pipeline cost were added, the final price to Cyprus would still be attractive.

Private players’ access is complicated after the government declared the natural gas market in Cyprus as isolated and emerging.

The decision made the Natural Gas Public Company (Defa) the sole importer and distributor of natural gas on the island, as well as the only entity allowed to supply the fuel.

Although Defa is technically a company registered under private law, it is effectively a state entity as its sole shareholder is the ministry of energy.

Since the market was declared an emerging one, it is argued that the energy regulator is not obliged to accept or examine applications from companies like Energean seeking a supply permit.

Defa is meantime running a tender for the design, construction and operation of a floating LNG import terminal to be located at Vassilikos near Limassol, separately of efforts to import the fuel by January 2020 to avoid emissions fines.

The project has secured co-funding from the European Union.

At the same symposium, Andreas Poullikas, head of the Cyprus Energy Regulatory Authority said the high cost of energy production in Cyprus is attributed to the isolation of the island’s electricity grid.

This isolation necessitates maintaining back-up infrastructures as a precaution in the event of a system crash, which in turn entails higher operating costs.

“The solution? We need to improve the system’s flexibility by using more renewables, integrating renewables into the market, and using renewables together with natural gas,” said Poullikas.