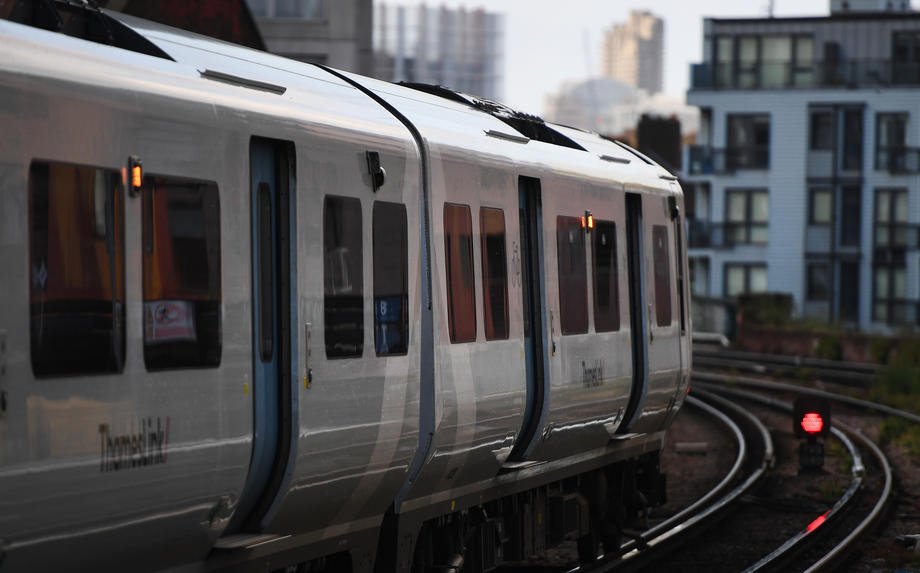 A ThamesLink train at a station in London.

Rail passengers face “another decade of misery” as fares are hiked by an average of 2.7%, a campaign group has claimed.

Some long-distance commuters saw the annual cost of getting to work increase by more than £100 on Thursday despite fewer than two-thirds of trains being on time last year.

Fewer than half (47%) of passengers are satisfied with the value for money of train tickets, according to the latest survey by watchdog Transport Focus.

Transport Secretary Grant Shapps announced a new fund will be created to support trials of more flexible fares across the country as part of improvements focused on “putting passengers first”.

He said: “Welcome to another decade of misery for rail passengers.

“How on earth is the Government going to meet its climate commitments by pricing people off environmentally-friendly trains and on to our polluted and congested roads?”

Network Rail data shows only 65% of trains arrived at their scheduled station stops within one minute of the timetable in the 12 months to December 7.

South Western Railway passengers suffered from strike action throughout December, while there was major disruption to Northern, TransPennine Express and West Midlands Trains services during much of 2019.

Rail, Maritime and Transport union analysis of company accounts for train operators and three major rolling stock firms showed they have paid out £4.4 billion in dividends to shareholders over the last 10 years.

Transport Focus director David Sidebottom said: “After a year of pretty poor performance in some areas, passengers just want a consistent day-to-day service they can rely on and a better chance of getting a seat.”

He urged passengers to “offset the cost of the fare rises” by claiming compensation for every eligible delay.

Passengers buying tickets for day trips have also been hit by the fares rise.

The increase in around 45% of fares, including season tickets, is regulated by the UK, Scottish and Welsh governments.

This is predominantly capped at July’s RPI inflation figure, which was 2.8%.

Other fare rises are decided by train companies.

Robert Nisbet, director of nations and regions for industry body the Rail Delivery Group, said: “We know that no-one wants to pay more to travel, and rail companies have, for the third year in a row, held average fare increases below inflation while continuing to deliver investment in new trains and extra services that will improve journeys for customers.”

Mr Shapps unveiled a new fares trial on Govia Thameslink Railway services which will give passengers on certain routes the opportunity to buy better value tickets aimed at part-time workers.

A fund to support further trials across Britain will also be established by the Government.

The Department for Transport will set out reforms of the railways in a white paper, responding to recommendations of the Government-commissioned Rail Review led by former British Airways boss Keith Williams.

It was due to be published in autumn 2019 but has been delayed until this year due to the general election.

Mr Shapps said: “This Government will improve the railway system to ensure the focus is always on putting passengers first.

“This commitment begins with the launch of innovative fares trials, to help explore the benefits and costs of a clearer, more flexible and fairer fares system.”

Mr Williams said his review’s recommendations will be aimed at “creating a system that’s built for its passengers”.

He continued: “The trial launched today will help to shape my recommendations for a fairer, more flexible and modern service, which better reflects the way people want to travel.”

“It shows that this Government is not serious about supporting either public transport or tackling climate change, road congestion and air quality.

“In contrast, rail fares in Germany were cut by 10% yesterday. Labour pledged to cut rail fares by 33% to encourage people to get out of their cars and get on the train.

“Following years of broken promises and cuts to investment and services, passengers are once again paying more for less under the Tories.”

Chelsea’s Pulisic admits he needs to be more clinical