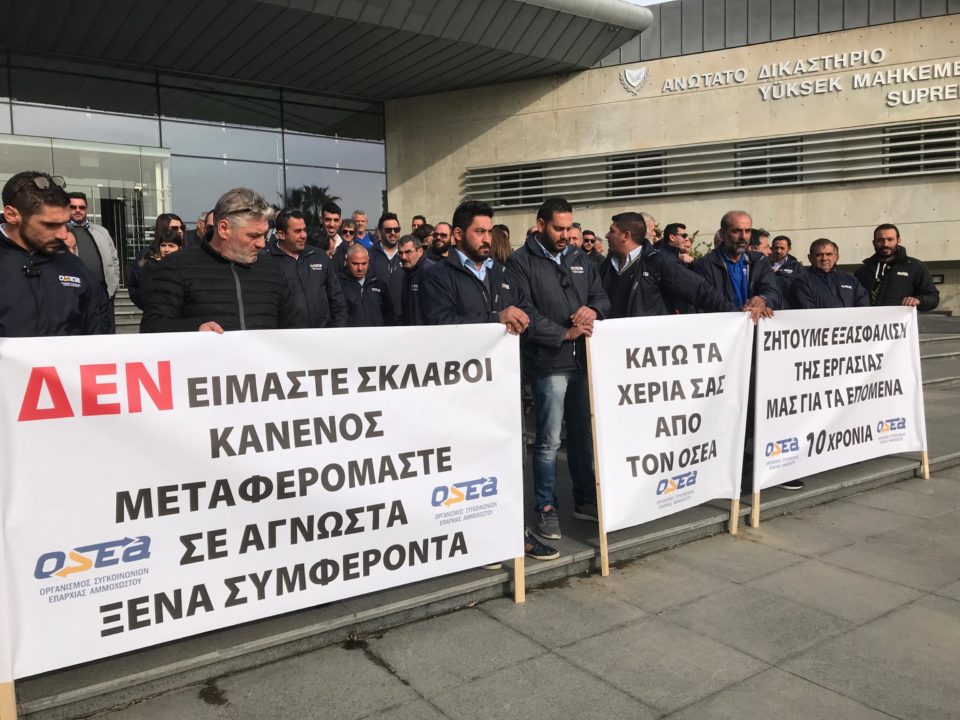 Bus drivers of Famagusta bus company Osea ended their morning work stoppage at noon on Monday to return to their workplace in time to pick up students from schools, but they warned this was not the end of their protest.

Their strike was organised to protest the consortium which was awarded the tenders for Nicosia, Famagusta and Larnaca bus routes in addition to intercity services. MLKP, a consortium of Malta Lines Ltd and Kapnos Airport Shuttle Ltd, are expected to take over in July.

While the deal for Nicosia was closed last week, court cases are still pending regarding Famagusta and Larnaca bus services.

“Maintaining our jobs and benefits is non-negotiable. We are strongly opposed to the commitment to keep our employees for only one year,” Osea drivers said in a statement.

“What will prevent the consortium from replacing us with cheap and questionable drivers from abroad, with devastating consequences? In Malta, the same company brings drivers from Pakistan to keep the payroll at starvation levels. Ensuring our rights for the next ten years is non-negotiable,” they stressed.

In an earlier statement drives had voiced concerns about buses being imported from China. On Monday they mentioned Turkey as a possible source of new vehicles.

“We are the ones to talk about vehicle safety, and the fact that Malta itself supplies buses from Turkey is indicative of its intentions to economise with devastating consequences.”

The maintenance of all Famagusta district routes is non-negotiable, the bus drivers argue.

“Public transport is a social good and you can’t just deal with accounting profits.”

The drivers argue Osea was set up not only by shareholders but also by the employees and belongs to all of them, which is why up to now they were so far able to resolve conflicts and never had to resort to strikes.

However, they warned that now they might have to go on an indefinite strike if matters are not resolved.

The drivers started the strike in the morning after taking pupils to schools.

All drivers for Osea, about 150 people, headed to the administrative court in Nicosia on board three buses.

“As a sign of goodwill, we are going back to serve our students,” spokesman of the drivers Pavlos Varnava said after the protest.

He added bus drivers will be ready for work on Tuesday morning, but on Wednesday they will be back in Nicosia where the court case concerning the contract for the Famagusta route is expected to be heard.