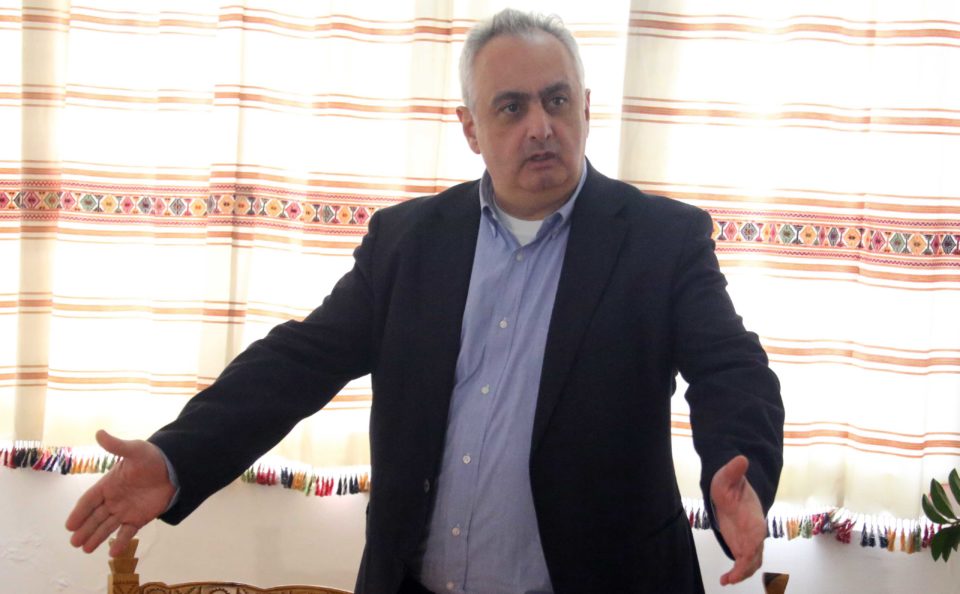 Achilleas Demetriades: such a move would 'offer Varosha refugees a line of defence against Turkey’s greed' (Christos Theodorides)

The owners of around 420 properties along the coastal strip of fenced-off Varosha should file their claims immediately with the immovable properties commission (IPC) for their right to return, lawyer Achilleas Demetriades warned on Thursday.

Such a move would “offer Varosha refugees a line of defence against Turkey’s greed” the lawyer said, citing his 32-year experience of dealing with Ankara on cases at the European Court of Human Rights (ECHR) to warn of Turkey’s announced intention of opening up Varosha after elections in the north in April.

“When Turkey says it will do something, we hope it won’t happen. It happens, and then we rush to fix what they told us would happen,” the lawyer told a press conference in Nicosia.

Demetriades said that the response to statements earlier in the month by Turkish and some Turkish Cypriot officials during and after the round-table discussion on opening the fenced-off area of Famagusta, would be for Varosha refugees to be proactive.

“Our response to that would be that Varosha refugees need to update their titles deeds to these properties but also the details of the companies at the registrar of companies,” Demetriades said.

He added that most development in Varosha was done through companies which were declared as afflicted by war in 1974 so that they wouldn’t have to pay the debts and remained registered as dormant. Since then, he said, their directors and shareholders have died so their inheritors – whether individuals or legal entities – must update these records.

Then, he said, they must consider if they want to file to the IPC, the organisation set up by Turkey and operating in the north as the domestic remedy for claims relating to abandoned properties in the north based on the rulings of the European Court of Human Rights (ECHR).

“The aim of this effort would be to create a defence line against Turkey’s appetite to take over the fenced-off area of Famagusta,” he said, adding that it was obvious it wanted access to the coastal strip of Varosha that spans from the Constantia to the Golden Sands hotels.

“If there is way to block access to the coastal front, there is possibility it would not want to open the [whole] fenced-off area,” Demetriades said.

He said that there are 425 plots along the coast on which hotels and other tourism infrastructure and units are built whereas the entire fenced-off area is 6,450 plots.

He said he bases this conviction on the statements by the chairman of the Turkish Bar Association who referred to the 281 applications to the IPC on properties in Varosha.

“This means Turkey has studied the applications, has singled out those on Varosha and will handle them accordingly,” he said, warning that if the rest of the owners don’t apply to the IPC, Turkey’s argument will be that they are not interested in returning to their properties and will give them to others expressing interest.

Demetriades also pointed out that the fenced-off area, which has remained empty and unused since 1974, means that unlike other areas in the north does not have the problem of a present-user so Turkey would not be able to find an excuse to refuse an applicant’s return.

He also stressed that such moves must remain separate from any diplomatic and political actions, “which must be carried out but are not relevant with this effort”. His suggestion, he said, keeps alive the possibility of refugees’ returning to their hometown.

It would also bring Varosha back into the game again and become the step before the solution to the Cyprus problem.

A collective effort must be made, he said, because the last round bell was already rung with the meeting on Varosha a few weeks ago.

He also reassured property owners that according to international law, individuals cannot recognise states; only states can. This means that the argument by some that to apply to the IPC is tantamount to recognition of a breakaway regime is not valid from a legal point of view.

On statements by President Nicos Anastasiades threatening to try to freeze EU accession funds to Turkey if it made any moves on Varosha, Demetriades said that the government could instead seek earmarking €90m of that money which would go to the families of the enclaved people and the enclaved people themselves as per a 2014 ECHR decision which Ankara never paid out.