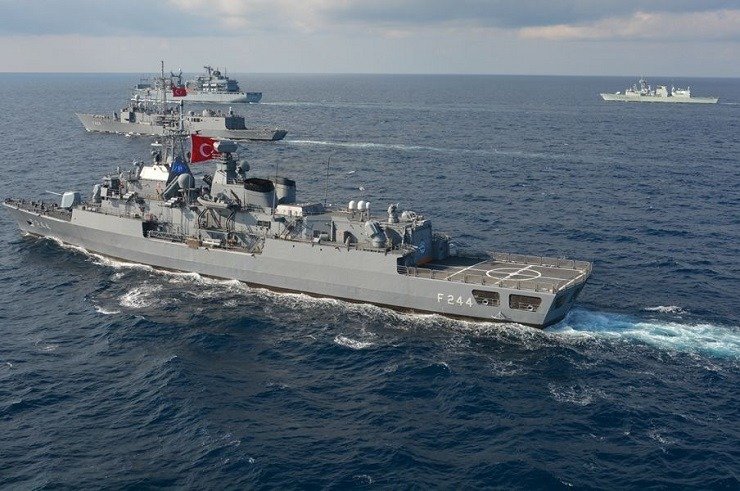 Over the past 16 years I have written 175 articles, all of them on Cyprus with the last on March 23, 2018. The dust of time and history is gradually obliterating the memories of the past, memories which originated in 1974 and even earlier, in the 1950s.

Cyprus and her painful history! Very few moments of joy characterise her 60-year history. This year we’re celebrating 60 years of independence, but are we really celebrating?

Dear president, you try hard, moving all the time into three, four or five-party conferences and in an unproductive atmosphere because of the instability of our region. As time goes by and our national issue remains unresolved, we are faced with a very dangerous situation. I would not be writing my 176th article today if I were not really worried. Just as I was worried back in 1973, together with a small group of people, who had meetings from time to time with Glafcos Clerides. Back then, they called us “danger-mongers”, right up until the Armageddon of 1974 destroyed the country and we were unfortunately proved correct.

Over the past two years, the UN secretary-general’s special envoy Jane Holl Lute has visited Cyprus. There have also been meetings in New York and Berlin. She is trying to pave the way, unfortunately to no avail. There is not a single smile. We cannot even agree the “terms of reference”. The Cyprus problem has been gradually lost in the depths of time…

Twenty-two years ago in March 1998, and amid a hostile, cynical atmosphere, I began my efforts over natural gas. I envisaged that the potentially great wealth in the depth of the sea might constitute an incentive and a catalyst to solve the Cyprus problem. A small population of approximately one million people might benefit a lot from such a potentially huge bonanza.

I even went to the effort of putting forward a proposal in 2005 to 2006 to distribute the possible gas wealth on a basis of 75-80 per cent for the Greek Cypriots and 20-25 per cent for the Turkish Cypriots, irrespective of any solution. The then Turkish Cypriot leader Mehmet Ali Talat was interested and undertook to discuss the issue with Ankara. Our own side did nothing and left the proposal slide into oblivion. Today we are paying the price for our blunders.

“May God save your people,” the British Secretary of State for the Colonies Alan Lennox-Boyd coldly told Archbishop Makarios in January 1956 when he rejected a good plan which might have constituted a unique opportunity for Cyprus.

“Good luck to all Cypriots in the North and the South,” echoed the UN Secretary-General Antonio Guterres 61 years later in Crans-Montana on July 7, 2017.

The first time the wishes were addressed to the people, the second time to the “north” and the “south”. I do not know whether there will be a third time, nor do I know who will be around to receive it.

Danger No.1: Turkey has invaded with full force the Exclusive Economic Zone (EEZ) of Cyprus. She is buying expensive, new drilling equipment. Natural gas is not pumped in just one or two years, rather it takes 15-20 years. So, the new Turkish invasion, with drilling equipment, seismic vessels and part of the navy will be permanent. Turkey’s objective must be to pump as much gas as she can manage herself and in parallel to use her fleet to threaten and prevent the licensed oil companies from their work. Oil companies do not react in a dynamic manner, nor do their respective governments. The European Union and its sanctions are useful from a political and legal point of view, but – just as in other parts of the world – they will not be pragmatically effective. The train to solve the hydrocarbon issue is no longer at the station. But it was when I made my proposals back in 2005 and 2006.

In my March 2018 article, I proposed a freeze or moratorium for one year on all oil and gas activities in Cyprus’ EEZ, and I have repeated it many times since. During the moratorium period a very intense effort should take place to solve the Cyprus problem. If the problem is resolved the hydrocarbons issue would also be adequately addressed on the basis of the previous Christofias-Talat agreements.

My proposal was viewed positively by Mustafa Akinci through his statements and was also approved by politicians and political analysts such as the erudite Alecos Markides and Christos Panayiotides. My proposal was also in line with Clerides’ position, who in February 2003, told me in the presence of Pantelis Kouros, the presidential under-secretary, that I should place the Cyprus-Egypt EEZ agreement in the strongbox of my ministry until the Cyprus problem is resolved. Is this not tantamount to a moratorium?

I do not know how Ankara may react to this proposal. Press reports say she may be positive. If this is her final position, I would strongly recommend that we should be positive too. Without this “way out” the dialogue will never commence, since we do not speak with the Turks as long as the Turkish fleet is in our EEZ. The moratorium is the only solution. It does not affect our rights, which will be simply suspended, as so many other of our rights are suspended since the Turkish occupation.

Second danger: Turkey has signed with Libya an unlawful memorandum of understanding. A large strip of water which belongs to Greece is delineated as Turkish-Libyan EEZ. What happens if case Turkey places her drilling equipment on a permanent basis there as she has already threatened to do? Will Greece strike, and if she does and the hostilities expand, what about Cyprus, the Achilles heel of Hellenism? Will Greece be in a position to defend Cyprus in an effective manner when she never did before? Alternatively, is there a way to avert a major national disaster?

Third Danger: Famagusta may be lost for ever. The Mediterranean nymph which we left slip through our fingers seven times in the past (my book Glimpses into Life and History, Chapter 8) is on a journey of no return. Turkey and some Turkish Cypriot leaders seek to change her character, introducing new owners and converting the city into their own tourist destination. With an unresolved Cyprus problem and without talks such an outcome is possible. Who is going to stop Turkey in a world solely based on interests and not on principles?

The questions are not easy to answer because we failed to do what we ought to have done at the right moment. I propose yet again a moratorium of one year on energy and a dialogue on Cyprus. I fervently hope that wisdom, which has been absent from our deliberations and activities for the past 70 years, will finally guide our lives. If it is not too late.

Nicos Rolandis is a former foreign minister, commerce and industry minister, MP and president of the Liberal party

Sensastion as Liverpool’s unbeaten run ends in thrashing at Watford

Tales from the Coffeeshop: Half-baked half measures against virus don’t add up