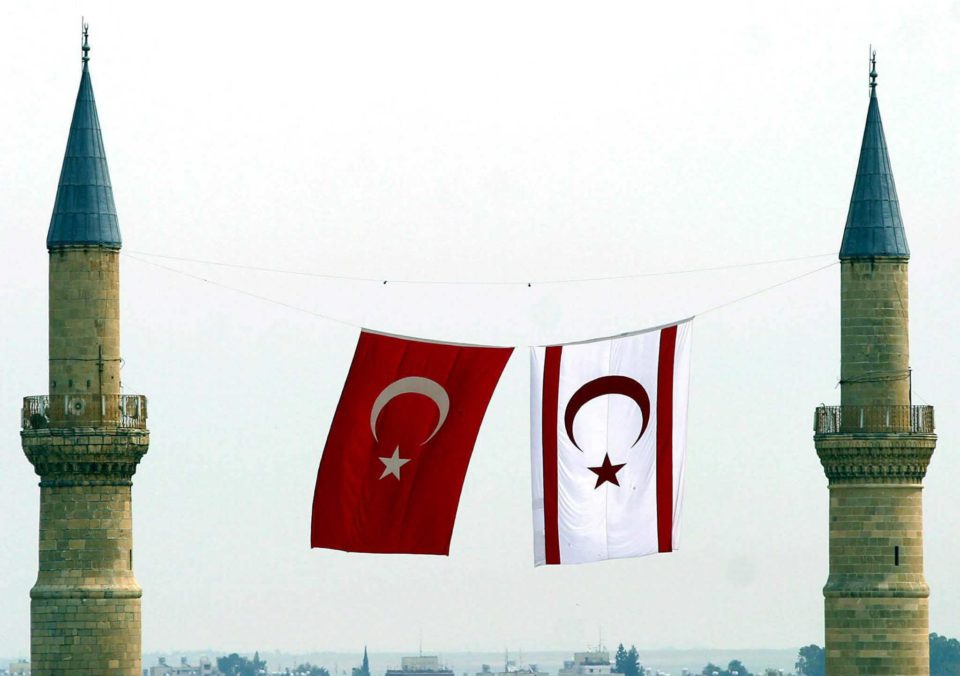 Our leaders are taking us towards new adventures, adventures that will ultimately result in Cyprus being completely taken over by Turkey

I SUSPECT that one of the main reasons that have hampered the resolution of the Cyprus problem is the dilemma tormenting many Greek Cypriots. This is the choice between the institutional acceptance of the political equality of the two Cypriot communities irrespective of the arithmetic superiority of the Greek Cypriot over the Turkish Cypriot community or, alternatively, the informal – silent – acceptance of another much worse arrangement. This would entail the full turkification of northern Cyprus, the uncontrolled descent of settlers from Turkey, the permanent stationing of a large Turkish military force in Cyprus, the total political economic and social dependence of northern Cyprus on Ankara and the serious long-term risk of the whole of Cyprus being ultimately engulfed by Turkey.

Despite the readily apparent and serious drawbacks of the second option, many appear to favour this because it is “an option of convenience”.  It is a choice for which they do not accept any personal responsibility.  It is a choice which embodies the element of hope that something may change for the better in the future, irrespective of the fact that it is abundantly clear that this hope is futile and hollow.

It is a choice that is based on overestimating our strength and ability to impose our views and positions on the other side.  It is the choice that transfers the responsibilities for the choosing on other shoulders.  It is the choice of the super patriots, who present themselves as being overly concerned about their home country but in reality they do not give a damn, as long as their pockets are lined with money and their climb “to the top” remains uninterrupted.

In the past, on numerous occasions, I have drawn an analogy between this dilemma and the case of a sick man whose leg has gangrene and must be amputated or else the patient will die.

The logical choice is obvious but the patient does not have the courage and the self-confidence needed to take such a decision.  Thus, instead of minimising the damage, the sick man resorts to ineffective mumbo-jumbo remedies and/or to gypsy prescriptions.

The gangrene is advancing but the sick man closes his eyes and sets aside the alarming signs, which are being transmitted with alarming intensity.  Initially, he resorts to alcohol and gradually he moves on to other hallucinatory substances in order to sooth his pain, choosing to ignore the fact that once the effect of these drugs diminishes, the pain will revert with greater intensity.

At the final stage of this process, the sick man resorts to crime in order to secure the funds needed to purchase the drugs. This was broadly the scenario that 100 years ago led to the Minor Asia Disaster.

I have a feeling that this is the stage at which the Greek Cypriot side finds itself today.  Never mind about the past. At this 12th hour, let’s find the necessary courage to take the rational decisions, which will afford us a reasonable chance of survival on the land of our ancestors.  Let’s not commit suicide.

I hasten to add that similarly irresponsible cowards are those who seek to secure an absolute certainty as to the prospects of success of the surgical operation.  This is another way of transferring responsibility on other shoulders.  The post-operational recovery is always a difficult stage in the process, which demands care and attention that will secure the full recovery of the patient.  I rarely hear anything being said on this post-operational process.

Our leaders have never presented a comprehensive, well-documented proposal that caters for the basic needs of all those that are involved in the process.  In their last attempt in 2004 those of our leaders who served a protagonistic role in formulating such a plan were the ones who, at the end, recommended the rejection of the plan.

Thus, the real dilemma is still there. It continues to confront us relentlessly because our leaders lack the courage to tell us boldly and in clear terms what are the choices we have and on what basis do they believe that those are, in fact, the optimum options we have.

Instead of doing this, our leaders readily set attractive but unattainable goals and resort to smoke bombs such as the “loose” or “decentralised” federation, which they stubbornly refuse to explain, in order to blur the picture and thus lead Cyprus into new adventures, adventures that will ultimately result in Cyprus being completely taken over by Turkey. This downturn, which both Greek and Turkish Cypriots disown, must be brought to an end.

IranAir stops all flights to europe