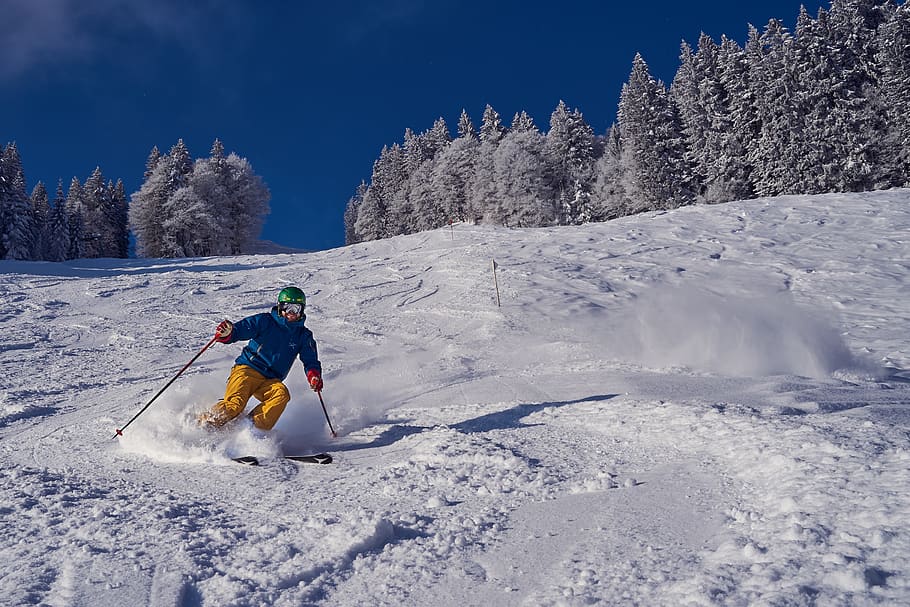 For this year it is more or less over for Cyprus, but in UK, and viruses permitting, it is still open season. Any Sunday you can spend a happy hour watching the casualties. For a really exciting spot of blood, gore, crimson-stained bandages, limping, be-crutched, be-plastered and be-wheelchaired smashed fragments of humanity there really is nothing like it. Dover cross-channel port is pretty good but airports and Waterloo station are about the best.

That’s when the package tour transport is disgorging that week’s returning hordes of winter sports enthusiasts,.. the intrepid adventurers with no skills, talent or experience who’ve stepped forth onto the snowy slopes. The endless stream of the halt and lame resembling some ghoulish leftovers from Passchendaele.

Small wonder that these folk now have a one in seven chance of injury and one in twenty will be a serious injury. Apparently, onto the normal fares the airlines now on-cost an extra one hundred kilos per thousand persons to allow for the weight of Plaster-of-Paris alone.

Patients who have been to Chamonix, Davlos and other venues listed in The Times snow conditions column can be spotted as they are met by private ambulances. Company executives bid furtive farewells to secretaries and mistresses and are met by fur-coated wives in Range Rovers. NHS ambulances cope with the rest who have been to Slovenia, Spain and the lesser Italian resorts.

And why? What makes men and women, whose bodies are so splendidly adapted for running and walking, strap lengths of wood to their feet, grasp two small cartwheels on the ends of sticks then hurtle down frozen mountains?

It’s all because winter sports enthusiasts see something quite different. She, for indeed not all of these fools are men, undergoes a series of warm pelvic flutterings at the thought of the ski instructor. This chap is a burly bearded student who has swiftly learned the raw power of calling middle-aged Englishwomen by their first name, shouting outrageous compliments and affording her a quick grope or two with his steadying hand on her beginners’ slopes. These girls soon get all of a shiver. They also giggle bibulously after the first couple of G and T’s. Of course the instructors actually despise them but string them along for free drinks and tips and whatever else may be on offer before they eventually retire into the beds of younger, more appealing damsels.

The conmen instructors also compliment male skiers in a different way by telling them of their ‘natural’ style and even awarding them a certificate or cheap little medal so that the poor mutt is overcome and, as soon as he gets home, starts saving from his meagre salary cash that he can’t afford ready for next winter’s ego trip.

The medical facilities are brilliant examples of extortion. The instructor himself gets a kickback from the local doctor and will help his stooges to gain the massive prestige of an injury. With this in mind the luckless beginner is encouraged to slither at breakneck speed down rock and tree strewn mountains. I gather that some medical authorities actually contribute to the construction of ski-lifts to the more dangerous crags. They also own all the clinics, ambulances, nurses and crutch manufacturers. No injury, however slight, gets away without being plastered. Injured skiers will do almost anything to get into plaster for the sheer kudos.

I only went snow skiing once. It was an experience far too harrowing to repeat. Boots that looked right for going deep-sea diving, padded clothing that fried one from the armpits out, goggles that quickly froze over and a silly tea-cosy hat.

After three hours on what they mysteriously call ‘piste’ [and by God you need to be], it was time for the ritual of ‘apres-ski.’ Everyone wears thickly padded pullovers and stand around in an over-heated room and drink expensive plonk, dancing, laughing until they are too drunk to care about the expensive food, or to care whose wife is upstairs with that ski instructor.

The whole thing was originally invented by travel agents who didn’t know what to do with all those useless mountains lying there like Sophia Loren flat on her back.

Spoilsports like me, who think the only suitable place for ice is in a glass of ouzo and think that winter is like premature ejaculation, as it comes all too soon, may have it all wrong, though I doubt it. So next time the air chills like a pack of Birds Eye frozen fish fingers and the snow is as soft as a footfall at the other end of a church, me, I’m off for a spot of cockle shooting.

Coronavirus: 20 being treated at Famagusta hospital, drive-through testing in place