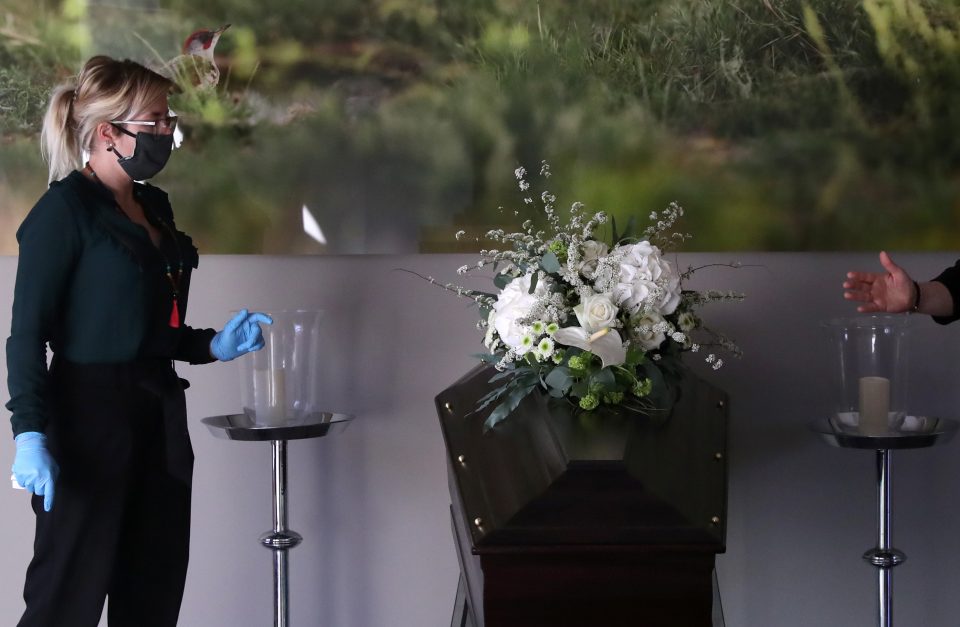 The bodies of four Cypriots who died of coronavirus in the UK cannot be brought back to the island and are currently held in a London morgue.

The distressing situation for the families is because the bodies cannot be considered free of infection and, therefore, cannot be embalmed.

For this reason, authorities fear the spread of the virus during their transportation.

The four deceased were members of the Cypriot community in the UK, some of whom had been living permanently in Cyprus in recent years, while traveling back and forth to England.

The law states that the bodies of those who died of coronavirus or other infectious diseases abroad, such as hepatitis for example, cannot be flown back to Cyprus and cannot receive proper care from funeral home.

In fact, when people die of infectious diseases in hospitals or even at their homes, their bodies are placed in special airtight packages so that they cannot spread the virus.

If the family of a deceased person wants the body transported to Cyprus, it has to be embalmed first to protect the public health.

However, if the body does not have a certificate stating that the reason of death is not caused by an infectious disease, it cannot be embalmed and cannot be brought back to the country.

Meanwhile, London-based Greek Cypriot community newspaper Parikiaki reported on Friday that brothers Andy and Lonny, aged 57 and 55 respectively, died within a few days of each other from Covid-19.

The two brothers were admitted together into North Middlesex Hospital last week.

Despite both being promptly moved into ICU, sedated by induced coma and placed on high dosage of oxygen and ventilators, they lost their battle.

Some 236 Cypriots based in the UK have died of coronavirus so far, of which 36 this week alone.

News podcast: The benefits of yoga to keep you healthy in mind, body and spirit