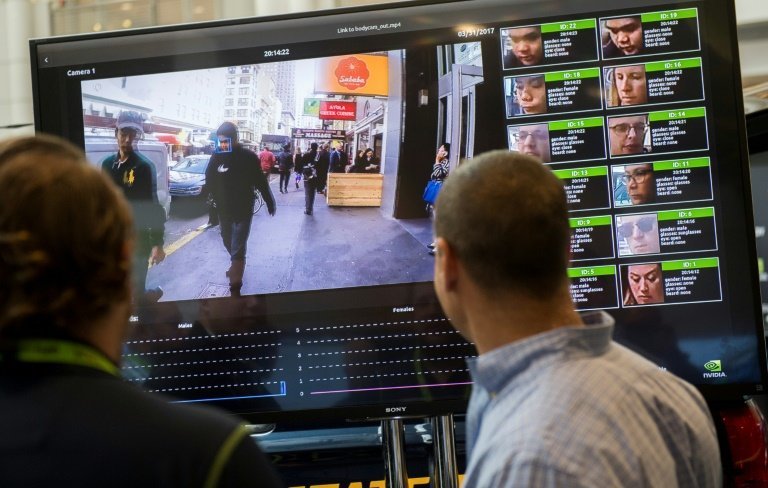 A facial recognition system in action

But the most effective may also be politically unpalatable

With frustration growing over the protracted lockdown and no silver bullet yet available in the form of a vaccine, governments are urgently searching for ways to ease mounting social and economic pressures. Most are looking at various tracking apps to assist in partially easing the lockdown.

Yet the most effective apps may also prove politically unpalatable. Protection against the virus must also be weighed against protecting personal privacy. And this is clearly more of a dilemma for democracies such as Cyprus and Britain than for authoritarian states such as China.

Cyprus, for instance, takes data protection very seriously. But ordinary Cypriots are equally concerned about staying healthy – per capita there seem to be more pharmacies here than pubs in England.

With Cyprus winning praise from European bodies for its handling of the virus crisis, the Sunday Mail spoke to experts at home and abroad about finding the right app for a particular country. For Cyprus, that app was launched last month. It is called CovTracer.

“It [the app] will be even more important as the lockdown begins to ease,” Nasia Zanti, communications officer of the Research, Innovation and Digital Policy ministry told the Sunday Mail.

“Everyone’s movements will become much more numerous and varied, to the point that we could not expect people to remember exactly when and where they went for the previous two weeks.”

CovTracer, as of last week, had 8,000 downloads. The app is still relatively unknown as it is currently targeted towards those who are going to work. And that’s not many people.

The reasoning behind such an app is that should someone test positive for Covid-19, the government would then be able to tell who else they may have infected. Well, not exactly who specifically – but where and when possible transmission may have occurred.

When thousands of people eventually make their way back outside and interact with each other, apps could help hone government resources.

They won’t offer surgical precision in contact tracing, but will act as a flashlight in the dark.

The final iteration of each country’s apps will depend on the results of a government equation which weighs up privacy and protection.

“There are various technologies being used in different countries around the world (eg path tracing using GPS or contact tracing using Bluetooth or symptom checkers etc) and for each technology there are several different implementations,” Zanti said.

“CovTracer is using GPS for path tracing but it has a particularly careful implementation that pays the utmost attention to the protection of privacy. It is fully in line with general data protection regulations (GDPR).”

This has drawn praise from the head of the European Centre for Disease Prevention and Control (ECDC) Dr Andrea Ammon. She welcomed the fact that Cyprus remained one of the few countries that continues to carry out checks both through targeted tracing and among the general population.

CovTracer could bolster the government’s tracing policy, but the app is a watered down version when compared to those in other countries.

Most notably in Asia, the apps are designed so as to alert users when they have come into contact with carriers of the virus.

China has extensive networks of facial recognition technology which could instantly notify a person when and where they came into contact with a confirmed Covid-19 case.

These measures are far more effective in battling the virus but come at an unthinkable – in context of the West – cost in terms of personal privacy.

“[CovTracer] does not rely on communicating with other phones, it is enough even if one infected user has it installed in order to provide a service,” Zanti told the Sunday Mail.

This way, the government could identify various businesses which were visited by the individual but not actually notify each person who may be at risk.

The Sunday Mail asked Demetrios Zoppos, a Cypriot entrepreneur living in London, about the use of technology in the battle against the virus.

“Testing and tracking using apps could lead to more freedom for most of the population. But to do that, you need a lot of technology and the consent and approval of the population,” he said.

“Countries which have a much more refined way of figuring out and implementing a tracing strategy could stop flare-ups more quickly.”

Zoppos, who works in the technology space, suggested that cultural differences may tip the balance of the scales in favour of the use of technology applications in some countries over others.

“In countries where you don’t need approval for using personal health data it’s obviously easier to deploy tracing technology quickly. In European countries and in America it’s harder. There will always be a subset of the population which will never agree to sharing personal data at that level. In Europe, GPDR is considered the gold standard in terms of data privacy and this will be the starting point for any sharing of personal data to fight the virus.”

As for Cyprus, he said: “It appears that Cypriots are willing to make greater trade-offs between effectiveness in fighting the virus and privacy than in other European countries. Cyprus took a policy of ‘hit it hard, hit it early’. Looking at surveys, it does appear that Cypriots are by and large open to giving up some privacy and share personal data to fight the pandemic.”

Different European countries seem to have different attitudes to personal freedom and privacy.

“The Netherlands, for example, are less willing to place severe restrictions on people, and Sweden has followed one of the least restrictive approaches in Europe. In Cyprus, the willingness to restrict earlier and more aggressively suggests that individuals place a high value on their health and well being and are less immediately worried about data privacy,” he said.

Inevitably, Europe has looked East towards China – where the outbreak began – to form its policy to battling the virus. China set the tone with mass lockdowns and quarantines, but not all of its policies have been picked up by the West.

Apps being used to track citizens – and the government openly speaking about it – in the West would have been unthinkable a few months ago. But with a curfew in place and requiring government permission to leave your house, it suddenly doesn’t feel so distant.

Striking the right balance between protection and privacy is akin to a Gordian knot for liberal democracies.

Australia has so far received the most attention – and criticism – over its proposed app. Prime minister Scott Morrison said using the app would initially be voluntary to use but he has not ruled out making it compulsory.

The app uses Bluetooth connections to record whether people have been in contact for 15 minutes or more.

This has drawn sharp criticism from the Human Rights Law Centre.

“The concern is once you roll out technology like this it is very, very difficult to roll it back,” lawyer at the centre Alice Drury told Guardian Australia.