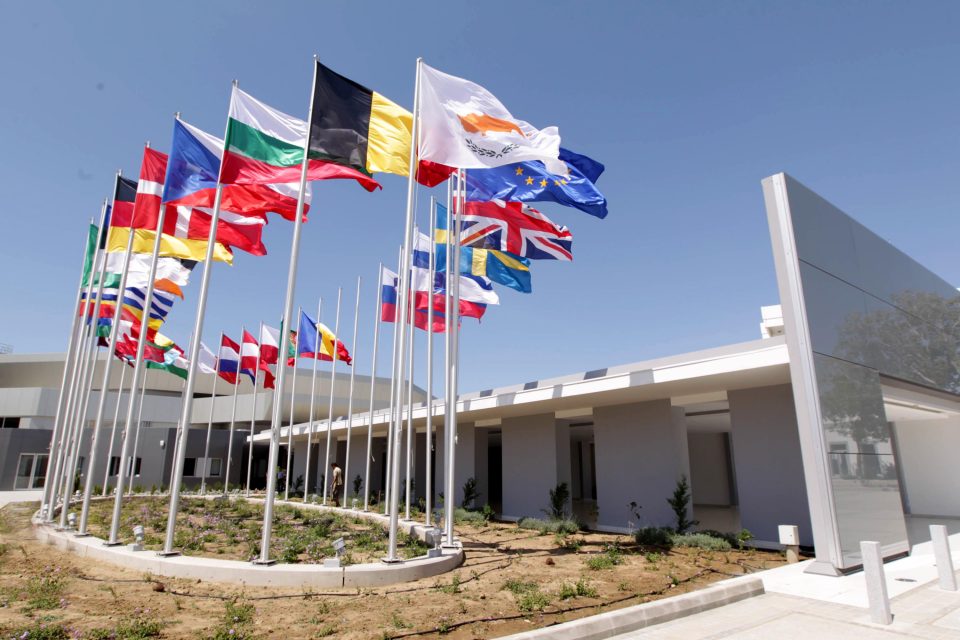 I am sure that a few of you will wonder why I open such a sensitive issue when it constitutes an irrevocably closed chapter in Cyprus’ history. The answer is simple and straightforward. To the extent that enosis or union with Greece – in terms of substance – has already been attained, it is politically foolish and absurd to adhere to a slogan which exclusively aims at the self-justification of the few, who are concerned with satisfying their ego, even if their goal is attained at the expense of the survival of the Greek culture of Cyprus.

The idea of the political union of Cyprus with Greece was born in the 19th century after Greek independence in 1830. The goal of integrating all the Greek-speaking regions into the newly established Greek state (the Megali Idea) was gradually attained. The Ionian islands were incorporated in 1864 and Thessaly and Arta in 1881. Epirus, Macedonia, including Thessaloniki, Crete and all the islands scattered along the Turkish coast were integrated at the end of the Balkan Wars in 1913. Eastern Thrace and Ionia (including Smyrni) joined in 1920 (but lost three years later in the course of the Asia Minor disaster of 1923), Western Thrace in 1923 and the Dodecanese in 1947. The liberation struggle of the Greek Cypriots, who formed 80 per cent of the population of Cyprus, began as part of the effort to complete the Megali Idea, given that Cyprus and Northern Epirus were the only Greek-speaking regions that remained outside Greece’s national frontiers.

My friends and I, then in our teens, perceived those events as a liberation struggle, aimed at getting rid of the colonial yoke. For us it was a struggle fuelled by an immortal ancient spirit of which we were an integral part. We saw Cyprus as a colony of an empire with which the Cypriots had no relationship or affinity. We were condemned to be second-class citizens and, therefore, we had an obligation to seek our political emancipation, believing we had all the necessary qualifications to confront the world on equal terms.

We perceived the political integration of Cyprus with Greece as emancipating the Greek Cypriots and freeing us from the stigma of slavery associated with the status of Cyprus as a colony. The prevailing impression amongst us was that union with Greece would help regenerate the ancient Greek values and ideals of liberty and democracy, which we espoused and embraced unreservedly.

These were our motives and ideals when we readily joined the ranks of the Eoka Youth Organisation (ANE). We were not looking for anything in return, nor did it ever cross our minds that we would harm anybody beyond what was unavoidably necessary to secure our liberation. It is, indeed, for this reason that we were annoyed when the colonial rulers referred to those participating in this beautiful and idealistic struggle as “terrorists”.

That was our perception of that struggle. And that was not just me and my friends, but the entire youth of Cyprus at the time. The struggle for enosis failed. In fact, we have led Cyprus into a form of a partition-on-the-ground, and we are confronted with the risk of completely losing the Greek-scented character and the cultural heritage of Cyprus. Who is responsible for this unhappy development is a different story.

Under these circumstances, does it make sense to insist, as some people claim that we do, on the political union of Cyprus with Greece? My response to the question is an unconditional “No”. I believe that all Greek Cypriots had abandoned this idea, by choice and not by force at the stage when Cyprus entered the European Union as a full member.

The thinking behind abandoning the idea as it was originally conceived was the following:

Cyprus now belongs to and forms an integral part of the European Union, which is founded on the principles and the ideals of the ancient Greek civilisation. In other words, the cultural union with Greece has already been accomplished.

We have free movement and the right to live throughout the European Union and this of course includes Greece.

The political emancipation of Cypriots has been accomplished by participating in the governing bodies of both Cyprus and the European Union and by having the status of a European citizen.

However, these great achievements are threatened by the occupation and the continuing colonisation of northern Cyprus and the consequent change in the cultural character of a large chunk of our country. The changes taking place constitute a threat for both the Greek Cypriot and the Turkish Cypriot communities.

To the extent that there is a floating fear on the part of our Turkish Cypriot compatriots over the possibility of political integration with Greece, it would make sense to formally denounce such an aim. This is irrespective of the fact that such a prospect does not exist and cannot be conceived under the circumstances that have prevailed following Cyprus’ accession to the EU.

Such a declaration would both pacify the fears of those Turkish Cypriots who are genuinely concerned and also shut the mouth of those who use this pretext solely for the purpose of arguing in favour of the partition of our homeland.

Christos Panayiotides is a regular columnist for the Cyprus Mail, Sunday Mail and Alithia.

Man arrested for urinating on memorial during London protest