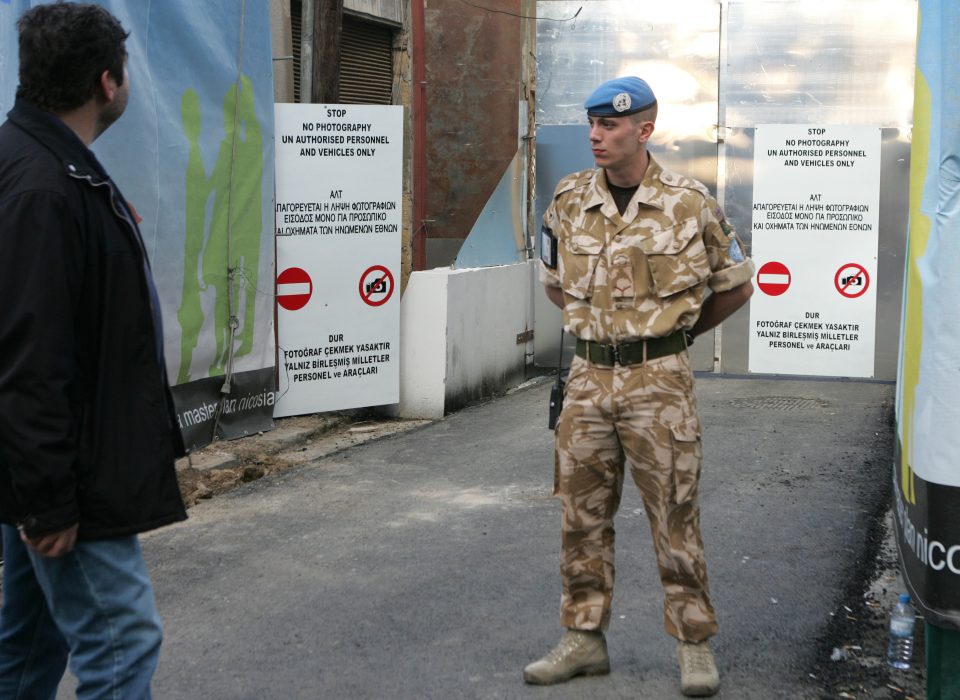 The dangers of saying ‘We’re alright, thank you’

“If liberty means anything at all, it means the right to tell people what they do not want to hear”.  If you carry on reading this article, you will appreciate what George Orwell, the great English novelist, essayist, journalist and critic, was trying to say.

I suspect that many Cypriots, if asked what they think about the current political situation in Cyprus, will say “we’re alright, thank you” not because they truly feel comfortable with the situation they are in, but because they are so worried and concerned about the future that they do not want to think about what could happen to them. Why are Cypriots so worried and concerned?

Many Greek Cypriot politicians have been consistently trying to pacify the concerns of the public by suggesting that it is merely a matter of having the patience to wait for “better days” to come. However, Greek Cypriots have been waiting for almost a century and those “better days” have failed to come.  What is worse is that there are no indications that this is likely to change. The reference to “better days” is nothing more than a wish.

In fact, what we have seen happening in practice is quite the opposite. Turkey’s impatience and resulting aggressiveness is growing and is creating facts on the ground, which are becoming irreversible.

In such an atmosphere of tension and confrontation, the risk of a Greco-Turkish war increases. In 1974, we paid dearly for our frivolous behaviour. There is no reason to repeat those tragic mistakes.

Prolonging the political deadlock of the Cyprus problem will inevitably result in the withdrawal of the United Nations (including the peacekeeping force, Unficyp). Such a development will further increase the risk of military conflict. The possibility of “negotiations” on the Cyprus problem continuing ad infinitum does not exist.

If the European Union is confronted with the dilemma of sacrificing Cyprus, as a member of the union, or Turkey, as a country having a “special relationship” with Europe, it is very likely that it will choose the former, for reasons of self-interest.

As the finance minister has recently confirmed, the possibility of expelling Cyprus from both the euro and the European Union is real (despite the impression of many Cypriots that this is inconceivable), provided of course that the necessary political will for such a step is there. Given that the accession of two Cypriot states to the European Union is totally out of the question, our choice is confined to either agreeing to a form of reunification or accepting the inevitable expulsion.

The argument that Greek Cypriots cannot rely on the support of third parties to solve the Cyprus problem, while they themselves remain apathetic and publicly declare that they are “tired of this story”, is increasingly heard on the international scene.

Typical is the case of Famagusta, where the planned opening of the city to Turkish investments for the development of its golden sandy beaches and its classical and medieval monuments as the infrastructure needed to attract high quality tourists, will serve as the gravestone of the Cyprus problem.

The next step in the tragic history of Cyprus will be the judicial claim of the Turkish properties in the south by their rightful owners, with good prospects of success.

Unfortunately, Cyprus’ geographical location makes the island vulnerable to illegal migratory flows from Africa, Asia and of course Turkey, which will have every reason to support and encourage such flows. In the absence of the European Union and Unficyp, the situation will probably get out of hand and generate a climate of fear and insecurity in southern Cyprus.

The climate of fear and insecurity will lead many Greek Cypriots (mainly young people) to relocate to other countries and will repel investments in the Republic. Under these circumstances, economic decline will be inevitable. The economic crisis of 2011-13 and the advent of the coronavirus showed how vulnerable Cyprus is.

If that’s the case, why hasn’t disaster struck already? Disaster has not struck (although the situation has worsened), because initially we were standing on solid moral ground and we had the law on our side, an advantage that has slowly faded and is in the process of being lost.

In 2004, we managed to join the European Union as a single, unified country. To this date, the European Union and the United Nations have served as a protection shield for Cyprus. Lately, however, cracks have started appearing on the shield. It would be a tragic mistake to ignore them.

The economic crisis and the coronavirus pandemic have been managed with the considerable help and support of the European Union. This aid will disappear in the future, if the whole of Cyprus does not become in practical rather than theoretical terms a member in the European family.

Finally, Turkey has demonstrated that it has the ability to detect the right time to strike and she has the patience to wait for that right moment to arrive.  When that “right moment” comes, it will be too late for us.  We have learnt this lesson, the hard way, in 1974.

It follows that it is not inconceivable that the position “we are alright, thank you” may be a smartly cultivated slogan by our enemies to lead us initially into a state of complacency and ultimately into a total capitulation.

History is full of cases where entire countries and nations were wiped out of the map because they underestimated the threats and dangers they faced. We have a national obligation to assess the situation properly. The Turkish Cypriots may be the last lifeline we have.